Vietnam urged to be cautious about Chinese investment

The Hanoitimes - Growing Chinese investment to Vietnam could turn the Southeast Asian country into a transshipment point for China to reroute its exports to a third country.

With complicated trade relations between China and other countries, Vietnam should remain cautious about growing Chinese investment in the country, according to the Vietnam Institute for Economic and Policy Research (VEPR).

This could turn Vietnam into a transshipment point for China for later to reroute its exports to a third country, not to mention the issues of environmental pollution, infringement of labor rights and low technologies often associated with Chinese foreign direct investment (FDI) projects, stated VEPR’s quarterly economic report issued on July 21.

Among 45 countries and territories having fresh projects in Vietnam in the first six months of 2020, Singapore remained the largest investor with US$4.3 billion, or 51.3% of the total newly registered capital; followed by China with US$950.1 million, or 11.3%, and Taiwan with US$775.2 million, or 9.2%.

On the other hand, while Vietnam’s imports of the majority of goods and products during the first six months declined compared to the same period last year, those of computers, phones and parts increased sharply.

“Such a trend, combined with a surge in exports of computers, phone and parts to China, raises the question of whether Vietnam is being used for goods temporarily imported for re-export to China,” said Nguyen Duc Thanh, the VEPR’s former director, at a workshop on July 21.

As a result, Vietnam is facing the risk of sanctions from its trade partners, especially the US, as the latter is tightening the export policy of high technological products to China.

During the six-month period, China remained Vietnam’s largest import market with US$34.92 billion, down 2.2% year-on-year.

Meanwhile, the VEPR suggested the FDI inflows to Vietnam has not been as severely impacted as other nations, as the country has been successful in containing the Covid-19 pandemic.

In the second quarter, newly FDI to Vietnam declined 18% year-on-year to US$2.94 billion, but the capital injected to existing projects jumped 64% year-on-year and 139% quarter-on-quarter to US$2.62 billion. During this period, actual FDI stood at US$4.75 billion, up 22% quarter-on-quarter, which is higher than the growth rate of 20.8% recorded in the same period last year.

Overall, the FDI for new projects in the first six months of this year stood at US$8.43 billion, up 14% year-on-year and additional capital for ongoing projects grew 28.4%.

VEPR noted foreign capital is flowing into existing projects, instead of new ones, and this is an uncommon trend for FDI in Vietnam.

This could be explained by the fact that foreign investors are more committed to projects under development in Vietnam.

“The decline of fresh FDI to Vietnam in the second quarter was mainly due to Covid-19 impacts, but with strong commitments of foreign investors to Vietnam, it would return to the growing trend once the pandemic is contained globally,” stated the VEPR report.

According to the VEPR, this is the right time for Vietnam to review its incentive tax policies for foreign-invested companies to ensure a fair and healthy business environment. 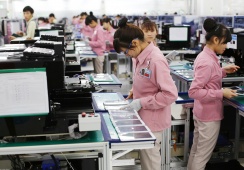 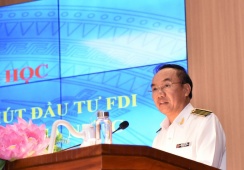 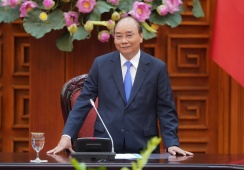