The Hanoitimes - All peoples and the international community have common interest in maintaining and promoting peace and stability in the sea.

Vietnam has said it welcomes international efforts to maintain freedom of navigation in the seas and oceans following Japan and the UK rejection of China’s expansionism in the South China Sea (referred to East Sea by Vietnam) and East China Sea.

“Vietnam supports the maintenance of peace, stability, security, freedom of navigation, and the rule of law in the seas and oceans in accordance with international law, including the United Nations Convention on the Law of the Sea 1982 (UNCLOS),” said Spokesperson of Vietnam’s Ministry of Foreign Affairs Le Thi Thu Hang.

“Activities by all parties in the East Sea must serve the common goal,” Ms. Hang said at an online press conference Thursday [February 4].

Ms. Hang made the statement one day after Japan and the UK expressed strong concerns over China’s newly-enacted maritime law that helps reinforce Chinese unilateral claims in the South China Sea.

Regarding Japan’s latest note verbale against Beijing’s claims in the South China Sea, Ms. Hang said Vietnam’s stance on the East Sea-related issues remains consistent and it has been repeated in different occasions.

“All peoples and the international community have common interest in maintaining and promoting peace, stability, cooperation and development in the East Sea. For that reason, it becomes necessary to respect of the maritime law and the full implementation of the UNCLOS,” Ms. Hang emphasized.

She went on to say that Vietnam welcomes other countries’ stance on the South China Sea to which they agreed that the UNCLOS would guide the operations in the sea as they shared at the 36th ASEAN Summit and the 53rd ASEAN Foreign Ministers’ Joint Statement. 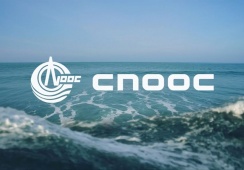