Vietnam contains one of the highest potential for wind power in the region, as it is endowed with high wind speeds particularly in the offshore or near-shore areas.

The Vietnamese government has proposed several policies in recent months to boost the development of the wind sector, in particular offshore wind, which bodes well for the industry, Fitch Solutions said in its latest report.

It noted that Vietnam contains one of the highest potential for wind power in the region, as it is endowed with high wind speeds particularly in the offshore or near-shore areas, with the Ministry of Industry and Trade (MoIT) estimating this potential to be at approximately 475GW.

In March 2020, Prime Minister Nguyen Xuan Phuc issued a resolution for a five-year plan to 2025 to develop renewable energy sources ‘off the coast’, with specific mechanisms and policies to attract both foreign and local developers to invest in the sector.

In particular, Binh Thuan, Bac Lieu and Ca Mau were highlighted as prioritized provinces for offshore wind development. The offshore wind sector was also emphasized under the National Energy Development Strategy of Vietnam to 2030, and the MoIT has proposed to include several wind projects into the upcoming Power Development Plan.

According to Fitch Solutions, the government is also in process of amending seabed lease and licensing requirements for large-scale offshore wind farms, alongside the Ministry of Natural Resource and Environment of Vietnam (MONRE).

In contrast to Vietnam’s approach toward its solar sector, the MoIT has also proposed to extend the feed-in-tariff (FiT) deadlines for wind by two years, from the original commercial operation date (COD) deadline in November 2021 to the end of 2023, before implementing auctions thereafter.

The current FiTs for offshore wind is highly attractive at 9.8 US cents/kWh, which were increased from the previous rate of 7.8 US cents/kWh. This extension follows the appeals from several wind energy developers, industry associations and local governments from nine provinces, after the Covid-19 outbreak has caused some near-term headwinds to the sector.

This is largely due to project delays stemming from supply chain disruptions, labor shortages, and construction being forced to stop temporarily from the Covid-19 outbreak, as well as delays to several wind project approvals.

Fitch Solution expected that the more amenable approach the government is taking to the wind sector when compared to the solar sector is because growth to date has been at a more manageable pace for the system to cope with, given that the development or wind projects are typically longer and more complicated.

This also occurs against a broad support for renewable energy in general, particularly as Vietnam is set to see a surge in power demand, which offers capacity growth opportunities for the sector.

While the government is expected to announce a new Power Development Plan VIII in June 2020, Fitch Solution said renewable energy will likely see a greater focus.

Capacity targets for the wind sector is expected to increase to 6GW by 2025 and 10GW by 2030, from the existing targets of 2GW and 6GW respectively. The government is also looking to introduce a new Direct Power Purchase Agreement (DPPA), where renewable energy producers can sell and deliver electricity directly to corporate customers.

The size of the DPPA program is expected to range 400-1000MW, and will be available for wind and solar producers with a capacity greater than 30MW and consumers in industrial manufacturing purchasing electricity at a voltage level of 22 kV or larger. Fitch Solutions believed these developments will encourage further growth and investment in the sector.

Additionally, there has been growing investor interest across Vietnam's wind sector over the past year, which has strengthened the pipeline significantly. Most notably, Enterprise Energy has plans to build the Ke Ga offshore windfarm in Vietnam with a 3.4GW capacity, which will be the largest offshore wind farm in the region if it comes to fruition. The project has registered some progress, given that PM Phuc has requested for a formal proposal for the project to be included into the country’s power development plan.

Based on Fitch Solutions’ Key Projects Database, Vietnam has over 900MW of wind power plants that are under construction at present, and it is estimated that there is approximately another 13GW of plants in the pipeline. 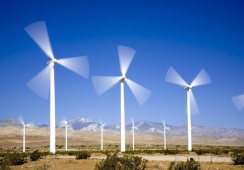 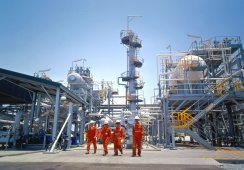 Why is wind energy more cost-competitive in Vietnam?