The Hanoitimes - The improvement in disbursement rate in the first two months of 2020 was partly thanks to the effectiveness of the revised Public Investment Law since early 2020.

As of February 29, disbursement of public investment reached 7.38% of the target set by the National Assembly at VND34.74 trillion (US$1.47 billion), nearly doubling the rate of 3.89% recorded in the same period last year, according to Le Tuan Anh, deputy director general of the Investment Department under the Ministry of Finance (MoF).

Upon breaking down, disbursement of domestic capital stood at VND33.62 trillion (US$1.42 billion) and that of foreign capital at over VND1.12 trillion (US$47.46 million), Anh added.

Anh, however, acknowledged such rates remain low compared to this year's plan as most agencies and provinces/cities are focusing on realizing the unfinished plan for 2019.

Anh attributed the higher disbursement rate to the effectiveness of the revised Public Investment Law since early 2020 with greater deregulation for agencies and provinces/cities.

To speed up the disbursement pace, the MoF requested government agencies and provinces/cities to move funds from delayed projects to those with faster disbursement rate.

For official development assistance (ODA)-funded projects in Vietnam, the MoF urged project investors to quickly address issues related to procurement of goods, tax and site clearance, while closely monitoring the construction progress for timely adjustments to their public investment plan.

Prime Minister Nguyen Xuan Phuc has agreed to a proposal from the Ministry of Planning and Investment on organizing a national online conference on speeding up the disbursement of public investment in 2020, which is scheduled to take place in late April.

The disbursement of public investment as of the end of 2019 reached 89.5% of the year’s target, according to the General Statistics Office.

Public investment is considered an important driver for economic growth this year as credit growth was sluggish in the first two months this year. 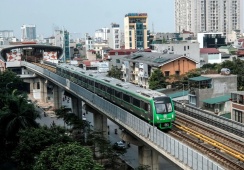