The Hanoitimes - A photo featuring an ornamental fish vendor in Hanoi won a Grand Prize at the annual Smithsonian magazine photo contest 2019.

A photo featuring an ornamental fish vendor in Hanoi taken by British photographer Jon Enoch was awarded the Grand Prize for the travel category at the 17th annual photo contest held by Smithsonian magazine.

An image crystallizes a tradition, said Smithsonian Magazine about the winning photo entitled “A Fish Seller Displays His Goods”. In March, the 17th annual Smithsonian magazine photo contest announced 60 finalists from more than 36,000 submissions from 145 countries and territories to choose the winner of each category.

“A man poses with his scooter in Hanoi with a delivery of pet fish. The riders have an amazing ability to transport all kinds of goods in astonishing quantities. I spent a week chasing down riders and their cargos and convincing them to pose for the camera,” Jon Enoch wrote on the contest website.

Established in 2003, the annual Smithsonian photo contest included 7 categories: Natural World, Reader’s Choice, People, Travel, Mobile, the American Experience, and Altered Images. It served as a platform for photographers and those with great passion for taking photos, urging them to capture picturesque landscapes and unique cultural traits that can be found in the daily lives of people around the world.

Originally featured on the BBC in a photo project documenting the use of mopeds in Hanoi last year, the London based photographer said: “When I first traveled around South East Asia, 15 years ago, the number of motorbikes and mopeds just astounded me. Initially, that level of traffic that never stops is overwhelming to the senses - you wonder how you’ll ever manage to cross a road. I began to be fascinated by the drivers and deliveries.”

“Seeing really unusual deliveries, like a huge pile of eggs, towering bags of ice or an enormous mound of flowers, was visually so stunning I started asking people if I could take photos of them,” Enoch wrote.

Some other photos of the project taken by Jon Enoch: 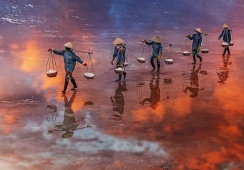 Vietnam in the world best photos of #Water2020 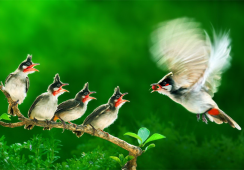 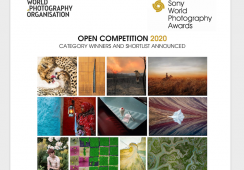