Test results show that the VinaPhone 5G network achieves a download throughput of more than 2.2 Gbps, 10 times faster than the 4G network and has a latency of almost zero.

These results are close to the world's 5G standards and the best 5G test results ever achieved in Vietnam.

The speed of VinaPhone 5G network has been tested in services requiring high broadband speed, low latency such as virtual reality interaction (AR/VR), Cloud Game (an online game), 8K videos, among others.

In addition to researching and applying 5G in the fields of entertainment, business, transportation, healthcare, education, VNPT is pondering the possibility of providing Internet to subscribers via 5G network, replacing fiber-optic systems.

5G is expected to play a significant role in giving Internet access to remote areas, contributing to building the foundation for digital transformation in the countryside.

A VNPT representative said that the VinaPhone 5G network will not only provide high-speed data, but also helps creating a digital ecosystem to users and e-government platforms, smart cities, among others.

In 2019, Vietnam’s largest telecommunications company Viettel announced its 5G trial and made the country’s first 5G phone call in Hanoi. It plans to expand the test in both Hanoi and Ho Chi Minh City, and launch commercial 5G services in 2020.

In November 2018, Minister of Information and Communications Nguyen Manh Hung said at a conference that Vietnam should test 5G in 2019 and ensure nationwide coverage by 2020.

5G is the latest generation of mobile Internet connectivity, and should offer much faster speeds and more reliable connections on smartphones and other devices compared to the current 3G and 4G technologies. 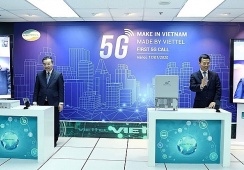 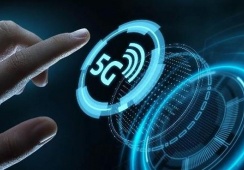 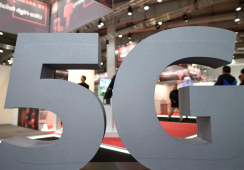