The Hanoitimes - Three reasons are cited for US interest in Vietnam’s LNG market, of which, high demand becomes crucial for future deals.

ore US liquefied natural gas (LNG) exporters have poured a flurry of interest into Vietnam’s gas-fueled power projects with at least eight deals signed so far.

A researcher with the Vietnam Petroleum Institute, which advises PetroVietnam and the government, cited three reasons for US interest in Vietnam, namely US LNG needs to compete with exporters like Qatar and Australia, Vietnam's demand potential, and the US-Vietnam trade imbalances.

The recent rush is partly resulted from Vietnam’s National Power Development Plan VIII (PDP VIII) which will be submitted to the prime minister for approval by October.

Meanwhile, Vietnam has potential to build 108.5 GW of LNG-fired power capacity, including 38.75 GW in the south, 41.75 GW in the central region, and 28 GW in the north, according to the Vietnam Energy Institute (VEI), an arm of the Ministry of Industry and Trade that advises the government on energy policy. This is yet to be confirmed by the PDP VIII.

Power demand in Vietnam rises by roughly 10% each year. Vietnam plans to replace part of its coal pipeline with LNG and the first regasification terminal is expected in 2021.

If things go as planned, the Southeast Asian country would turn into a major destination for US natural gas.

In addition to LNG supply, US companies engage in financing and plant construction.

"Under the Indo-Pacific Strategy and Asia EDGE [Enhancing Development and Growth through Energy] initiatives, the US Government continues to work closely with US industry to advocate for US businesses seeking to develop, or contribute to the development of key LNG infrastructure projects in Vietnam," Rachael Chen, spokeswoman for the US Embassy in Hanoi, told S&P Global Platts in an email statement.

"We are particularly interested in those projects that seek to source US LNG as a long-term fuel source that can contribute to Vietnam's energy security," Chen said, adding that the US government is working with the private sector through an 'all-of-government' approach.

Over the past years, a number of US-backed projects has been recorded, as follows:

Exxonmobil said it will build a 4-GW plant in the coastal city of Hai Phong and a 3-GW plant in Long An with US LNG supply.

These total a whopping 35 GW of US LNG-fired capacity, but so far only Bac Lieu and Son My 2 have government approval, and many of the other early-stage proposals may not materialize. 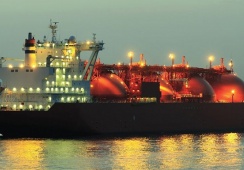 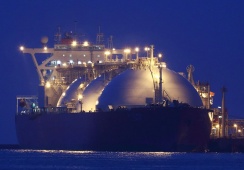