The Hanoitimes - The organization will help promote Vietnamese cuisine to the world.

The World Records Union (WorldKings) has officially recognized five world culinary records from Vietnam after more than eight years of searching and nominating.

The decision was based on five applications for world records of Vietnamese cuisine which were nominated by Vietnam Records Organization (VietKings) since early 2020.

In early of September, all information related to the World Records of Vietnamese cuisine will be released on the media of World Records Union (WorldKings) globally to help Vietnam Records Organization (VietKings) promote Vietnamese culinary art to the world.

In 2016, Vietnamese ‘Pho’ (noodles with beef or chicken), ‘bun cha’ (rice noodles with grilled pork) and ‘banh mi’ (Vietnamese sandwich) were listed among the world’s top 100 famous food by the Worldkings. 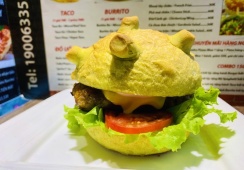