The concert No. 2 in the series of the 20th century music concerts will take place at Goethe Institut in Hanoi.

The concert No. 2 held by Goethe Institut and Inspirito School of Music will start at 7pm on April 14 at No 56-58 Nguyen Thai Hoc street, Ba Dinh district, Hanoi, the headquarters of the German institution.

Vu Hoang Cuong graduated with a Bachelor’s Degree at Vietnam National Academy of Music. One of his notable achievements is the ‘Dang Thai Son award’ for the only Vietnamese candidate in the final round of the 3rd Hanoi International Piano competition in 2015, in the category for pianists from 18 to 25 years old. Currently, he is studying at The Hague Royal Conservatory in The Netherlands and in the class of Professor David Kuyken.

The series of music programs from the 20th century aims to popularize works from authors that have not been known much in Vietnam, especially musicians during the volatile 20th century.

This is the stage of unlimited creativity, the rich and extremely diverse development of different musical colors and composition tactics.

The concert No.1 organized by Goethe Institut and Inspirito School of Music late last month was a success.

Visit the website of Goethe Institut at https://www.goethe.de/ins/vn/vi/index.html for information about free tickets. 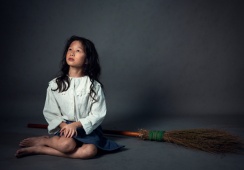 Les Misérable musical to be on stage again in April