A survey found that 81% of manufacturing and processing enterprises expected stability and even improvements in performance in the final quarter of the year.

New business formations in September decreased by 23.1% month-on-month to 10,300 as locals are hesitant to take risk due to Covid-19, according to the General Statistics Office.

This month has also witnessed a sharp decline of 29.6% month-on-month in combined registered capital to VND203.3 trillion (US$8.77 billion) and a fall of 13.8% in the number of workers hired by new enterprises to 83,000.

Taking into account VND2,173.4 trillion (US$93.85 billion) of additional capital pumped by active enterprises, total registered capital injected into the economy in the January-September period was VND3,601.9 trillion (US$155.54 billion), up 19.2% year-on-year.

The government-run office informed that 34,600 enterprises resumed operations in the period, an increase of 25.5% inter-annually, bringing the total number of newly-registered and reinstated enterprises in the nine-month period to 133,600, up 2.9%.

The GSO added that the number of laborers of newly-established enterprises between January and September was 777,900, down 16.3% against the same period last year.

During this period, the number of enterprises temporarily ceasing operations surged 81.8% year-on-year to 38,600.

Moreover, the number of enterprises which completed procedures for bankruptcy was up 0.1% to 12,100.

A survey on the business sentiment in the manufacturing and processing sector in the third quarter showed 32.2% of enterprises saw improvements in business performance compared to the previous quarter; 31.9% were facing difficulties and 35.9% said their businesses remained stable.

For the fourth quarter of 2020, 45.6% of the surveyed enterprises predicted a positive outlook for their operation compared to the third quarter; 19% expected more difficulties and 35.4% saw stability. 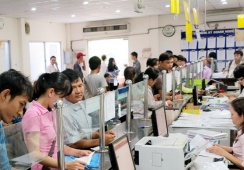 Business formations in Vietnam up 1.5% in August amid Covid-19 resurgence 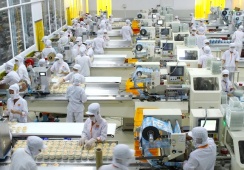 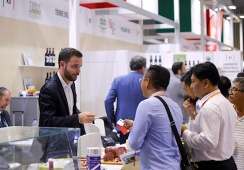