Low interest rates could open up new opportunities for investors to take advantage of the cheap capital to buy shares and acquire new assets via M&A deals.

Despite the fact that M&A activity in Vietnam has been stagnant due to Covid-19, in the long term, this could help the market get ready for a booming period in the future.

Top of the list were deals related to Vietnam’s leading privately-run conglomerate Masan Group in the acquisitions of VinCommerce, Net Detergent (NETCO), and 3F, among others. Specifically, Masan acquired the network of supermarkets and convenience stores from Vingroup’s retail arm VinCommerce. In the first six months of this year, Masan closed 151 Vinmart stores that were deemed ineffective and opened 45 new ones.

Later, Masan spent around US$28 million to acquire a 60% stake of NETCO, which currently holds 1.5% of the market share in the laundry segment, and US$26.43 million for a 51% stake of 3F Vietnam company – a poultry integrator.

BIDV’s sale of over 603.3 million shares to KEB Hana Bank with a total value of nearly VND20.3 trillion (US$875 million) last November was the biggest M&A deal in Vietnam in 2019. After the deal, BIDV has the highest registered capital among banks in Vietnam and eased its pressure to meet the capital adequacy ratio (CAR) under the Basel II standards.

In June, a consortium led by private equity firm KKR completed acquiring a 6% stake worth US$650 million of Vinhomes, a subsidiary of conglomerate Vingroup.

Besides these major deals, there were still some notable ones amid the Covid-19 pandemic, including Stark Corp acquiring Thipha Cables & Dovina, Sumitomo Life buying shares of Bao Viet Holdings, Danh Khoi Holdings taking over Sun Frontier or Aozora bank buying a stake of OCB bank.

A senior executive at an auditing firm suggested most investors are cautious about pursuing a large deal at this time, except for fields that suffer limited Covid-19 impacts or are considered of low risk, namely healthcare or consumer goods.

This shows European investors are looking for potential deals in Vietnam, noted Mr. Hoan. Meanwhile, the fact that the State Bank of Vietnam and central banks around the world are keeping low policy rates could open up new opportunities for investors to take advantage of the cheap capital to buy shares and acquire new assets via M&A deals, commented Mr. Hoan. 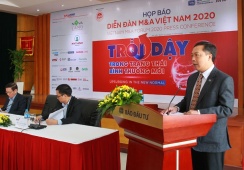 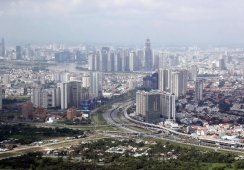