How Vietnam builds up soft power

Throughout recent decades, Vietnam has been making progress in accumulating soft power.

In the past few decades, the government of Vietnam has been taking numerous actions toward building up and maintaining the country's soft power.

Vietnam ranked 50th among the world’s 60 most influential countries in the first-ever Global Soft Power Index released in 2020 by London-based consultancy Brand Finance.

Harvard professor Joseph Nye who initiated the idea of “soft power” in the mid-1990s said it is “getting others to want the outcomes that you want.” It can also be understood as the ability to shape the preferences, shaping the agenda of the discussions.

In the Vietnam case, researchers argued that developing soft power should be a vital principle for Vietnam for three reason.

Viet Hung Nguyen Cao, an MA student at the Graduate School of Political Science, Waseda University, and a Research Assistant at the South China Sea Data Initiative, pointed out the reasons in his research titled "Vietnam and Soft Power" posted on Academia.

First of all, Vietnam has been an active country in promoting cultural diplomacy.

There has been several festivals focusing on Vietnamese culture organized worldwide. Vietnam has also been the host for various cultural events like Miss Universe, Danang annual international firework competition, among others.

Secondly, Vietnam has been improving domestic policies, and showing more and more progress in human rights, as well as other fields.

Many cases have been brought to light with severe punishments for the officials who committed the wrongdoings.

The anti-corruption campaign has shown significant progress with high penalties given to a large number of officials, including high-ranking ones.

Vietnam has also been improving its human rights record, with the inclusion of five more fundamental human rights in the new Constitution. Freedom of speech and freedom of press continue to be respected with the massive growth of media and social networks.

Vietnam has also been voted a member of the United Nations Human Rights Council in recognition of the progress Vietnam made in this field.

Thirdly, the active participation of Vietnam in numerous international organizations is the testimony to the country’s consistency in its foreign policy of integration.

The country has been an integral member of the ASEAN with its growing role in the 10-member bloc. Vietnam is also one of the countries that contributed the most to the debate on several urgent issues such as climate change, cultural reservations, etc.

However, there is still room for improvements in Vietnam’s strategy of building up soft power. There are challenges that the country has to overcome in order to truly reach its potential.

Firstly, despite having massive potential in tourism, Vietnam is still underperforming in this field. The reasons are the inconsistency of the national tourism symbols, as well as the lack of an attractive advertising campaign compared to other countries in the region.

Vietnam also failed to project a variety of its uniqueness to the foreign audience, and suffering from a lack of national representative symbols that are recognizable to the world.

Secondly, Vietnam’s environmental policies are still full of loopholes that can be exploited by foreign companies. The country’s corruption level remains high among countries worldwide.

Thirdly, the lack of development in high culture exchange between Vietnam and other countries is also one of the reasons why the country is underachieving in soft power. There are few Vietnamese universities that have exchange programs with international institutions. Vietnam is also not famous for its academic journals.

In high culture, Vietnam’s government should encourage the establishment of exchange programs between Vietnamese universities and foreign institutions. It will increase the exchange of ideas and knowledge, as well as deepening the relationships between countries. In popular culture, beside coming up with a more representative, recognizable national symbols, Vietnamese government should cooperate with the private sector to come up with a more interesting advertising campaign.

Secondly, Vietnam should continue its domestic policy reforms, lifting up the barriers blocking foreign investment, as well as improving the human rights conditions of the country. It is also fundamental for the country to accelerate the anti-corruption campaign in order to establish a more transparent image of the political system.

Thirdly, Vietnam should continue and further contributing in the decision-making process of international organizations. Not only by initiating ideas and contributing through solution proposals, Vietnam can also act as a model for the international community in several fields such as cultural reservations, primary education or national healthcare.

Soft power is one of the most important tools for the government in the modern world politics. Vietnam is not an exception regarding this matter. 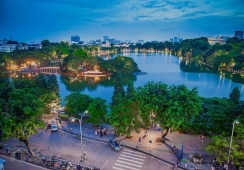 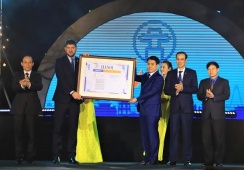