The Japan-Vietnam strategic partnership has been strengthened over the years.

The Japanese Government is committed to providing comprehensive support for Vietnam in the current situation.

Takio noted the Japan-Vietnam strategic partnership has been strengthened over the years while highlighting the determination of the Vietnamese Government in pursuing the twin goal of containing the pandemic and boosting growth.

Referring to a recent survey by the Japan Bank for International Cooperation (JBIC), which concluded that Vietnam would be the most attractive investment destination for foreign businesses in the post-pandemic period, Takio said he is impressed with the attention from local authorities in addressing concerns from foreign investors, including those from Japan.

Takio, however, noted the current fourth Covid-19 outbreak in Vietnam has impacted the operation of Japanese businesses in the country and their global supply chains, expecting more support from government agencies in helping the business community overcome the pandemic impacts.

For his part, Prime Minister Pham Minh Chinh congratulated Japan for having successfully hosted the Olympic Tokyo 2020, while expressing his thanks for the contribution from the Japanese enterprises in Vietnam’s fight against the pandemic as well as its socio-economic development process.

Chinh noted the Government understands the hardship that foreigners, including Japanese and their businesses, are going through in Vietnam during the pandemic.

“With the spirit of sharing benefits and risks, the Government would continue its best to support foreign enterprises, including Japanese firms, to maintain operation,” Chinh stated.

Against the current outbreak, Chinh called for Japan to continue to support Vietnam with Covid-19 vaccines and transfer technologies in vaccine production. 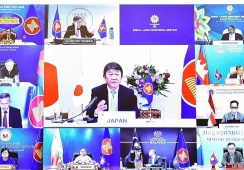 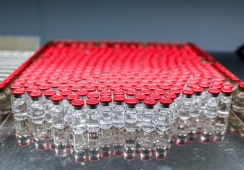 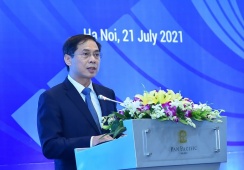