The Geneva Package put the WTO into the spotlight on world stages and become relevant again in the present world politics.

The outcomes of the WTO's 12th Ministerial Conference, held in Geneva, Switzerland, from 12 to 17 June 2022, are of extremely great importance to the future of the World Trade Organization (WTO).

The gathering was initially scheduled to end on 15 June, but then extended by another two days to allow more time for negotiations and reaching agreements. It was postponed two times just in a period of time in which the world trade and world economy deadly needed WHO's leading and contributing roles and active and effective actions. Therefore, the conference outcomes helped revive this biggest world trade body.

The WTO has legitimate reasons to be happy and to have self-confidence again. Its 164 members have finally approved at this conference the so-called "Geneva Package". The main and most important contents of this agreement are a series of unprecedented decisions on fisheries subsidies, WTO response to emergencies, including a waiver of certain requirements concerning compulsory licensing for COVID-19 vaccines, food safety and agriculture, and WTO reform. The Geneva Package put the WTO into the spotlight and become relevant again in the present world politics.

The WTO awoke from the coma and this awaking though is late but, it's not yet too late. And it is very important for the WTO and very good for the world trade and world economy which have now still been dramatically beaten by political and security crisis, pandemic and trade disputes, by climate change and shortages of food, raw materials and energies.

Of cause, the Geneva Package is still far from being enough for the WTO to solve all pressing issues. But it was the most possible result the WTO could achieve at this conference. For the WTO, it was urgent and of great significance to show that its members could still reach agreements and the WTO could still advance in promoting free and fair trade and globalization even in tough times. 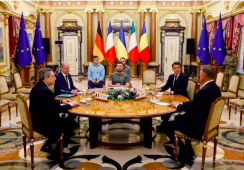 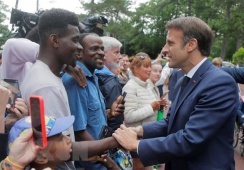