The country’s tech-savvy population and burgeoning middle class are making it an attractive market for Singaporean companies.

Strait Times cited the assessment from venture capital company Quest Ventures, discussing potential destinations for Singaporean companies that are looking to venture abroad through its Government’s Global Innovation Alliance (GIA) acceleration program, estimated at over 400 in less than five years.

Tan also pointed to the country’s tech-savvy population and burgeoning middle class, making it a potential pool of customers.

The GIA was set up in 2017 by Enterprise Singapore. Its programs help participants understand the innovation ecosystem in overseas markets and connect them to investors, start-ups, corporates, or institutions looking for co-innovation partners.

Strait Times also quoted experts as saying Singapore has always been one of the strongest partners of Vietnam both before and during the pandemic.

In addition, Vietnamese sectors that venture capital firms are looking at include health technology, food processing, and blockchain.

Country head for Vietnam at the Singapore Business Federation (SBF) Amy Wee called for Singaporean small and medium-sized enterprises to spend more time on the ground in Vietnam to understand the market and build relationships with potential business partners.

Meanwhile, Taku Tanaka, CEO of Kamereo, a B2B business food sourcing platform launched in 2018, suggested international companies that are serious about the Vietnamese market should consider staying there or at least hiring a good team that will be based in the country.

"Start-ups in Singapore should not stay in Singapore; they must take advantage of emerging fast-growing markets overseas. Their experience overseas can allow them to bring back some fresh perspectives to their companies as well," he noted.

Sharing the view, Director for Global Innovation Network at EnterpriseSG Jonathan Lim added since the expansion of the GIA network to Vietnam in 2019 via EnterpriseSG's partnership with Quest Ventures, more than 45 Singapore-based start-ups across sectors such as edtech (educational technology) healthtech, and information technology have participated in the Vietnam GIA acceleration program.

According to Lim, three startups have since successfully set up their presence in Vietnam, and more than 10 are in discussion with potential local partners on possible projects collaboration.

As of present, Singapore remained Vietnam’s largest investor among ASEAN countries with 2,959 valid projects worth $70 billion, accounting for 16.3% of the country’s total FDI commitments. 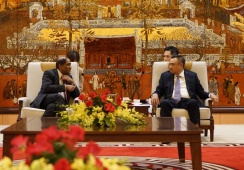 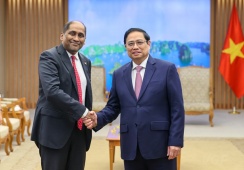 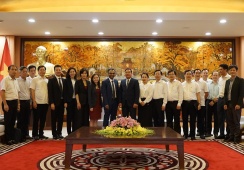