A number of large-scale State-run-enterprises will be supported to be leading in their industries, creating supply and production chains to meet the demand of domestic and foreign partners, according to a new pilot project submitted by the Ministry of Planning and Investment (MPI).

The MPI outlined five criteria to determine a large-scale SOE, including (1) registered capital of over VND1.8 trillion (US$77.4 million); (2) having potential to expand its market share (of at least 30%) to the extent of controlling the market ; (3) having efficient corporate governance model and high-level of technological application; (4) operating in fields with high spillover effects (excluding those under state monopoly), including economic infrastructure, industry, energy, finance, banking, among others; (5) wholly-owned or at least 50% stake owned by the state, especially firms owned by various shareholders.

For Mobifone, EVN and Viettel, in addition to meeting these five criteria, the MPI said their selection is in line with Vietnam’s vision for socio-economic development in the next 10 years.

“These are economic sectors that hold significance to the development and security of a country, in which they provide essential input materials for production, business activities and development of technical infrastructure during the digital transformation process,” stated the MPI.

In the telecommunication sector, Mobifone is not only generating profit, but also having good corporate governance practice inherited from its business cooperation contract with Kinnevik/Comvik (Sweden).

The MPI noted Mobifone is giving priority to accelerating the digital transformation process and building an ecosystem to aid private companies during this process. “This is one of the key factors to set up value chains and help Mobifone to realize its role as a leader in the field of IT and data,” it added.

In the energy sector, EVN is currently the country’s sole power distributor, while its combined electricity production capacity makes up 50% of the total nationwide. The state-run  utility firm is seen as having strong expertise in investment in the sector, especially renewables.

In the defence industry, Viettel is Vietnam’s leader in research, development, manufacturing, technology transfer, export and import of defense equipment.

Viettel’s vision is to focus on three main business cores including hi-tech defense industry, telecommunications and cyber security. By 2025, the corporation targets to stay among the top 80 global companies in terms of revenue from defense industry.

To support these companies to become leaders in their respective sectors, the MPI proposed a number of solutions. For Mobifone, the privatization of the company remains a key priority at the moment. However, with the state holding a majority share at the firm, the possibility of having a foreign strategic investor would be ruled out.

The MPI suggested the EVN to consider further investment in off-shore wind projects, while encouraging the state-investment arm State Capital Investment Corporation (SCIC) to cooperate with the EVN in renewable projects.

Regarding Viettel, the MPI proposed the establishment of Defence Industry Development Fund, in which the majority will come from Viettel’s after-tax profit, to further develop the defence industry sector.

Moreover, the government should form an innovation fund for Viettel to nurture high quality human resources, especially top talents in fields of IT and hi-tech industry. 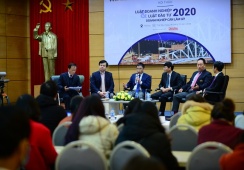 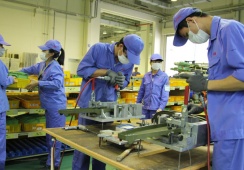 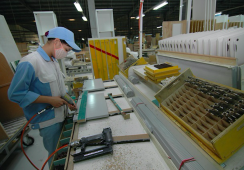