Vietnam new solar FITs does not help much to attract further investment: Fitch

The government intends to draft a new power development plan by June 2020, which Fitch believed will focus more directly on the development of non-hydropower renewables.

Fitch Solutions suggested Vietnam’s new solar feed-in-tariffs (FiTs) will do little to support investor sentiment, as projects under development will struggle to meet the deadline.

In early April 2020, the government finalized the solar FiT at USc7.09/kWh for ground mounted plants and USc7.69/kWh for floating plants, while rooftop solar maintains the high rate of USc8.38/kWh.

Solar projects are required to achieve commercial operation by December 31, 2020 in order to attain these FiT rates, which is in line with the initial exemption clauses ordered by the Prime Minister.

According to Fitch, this is a very tight deadline with approximately eight months, given that solar developers also have to finalize land acquisitions, power purchase agreements and project procurements before they can even begin construction in earnest.

Therefore, it is expected Vietnam’s robust renewables growth will be driven by investments outside of this initial FiT allotment.

While Fitch initially believed that some developers might try to rush the completion of their projects to meet the 2020 deadline, it noted that this will be very challenging in light of recent events in the global market.

The Covid-19 pandemic will likely exacerbate the problem for developers, given expectation for near-term project delays due to supply chain disruptions, particularly for solar cells and module delivery from China, labor shortages, foreign financing challenges and the potential threat of a lockdown.

For developers with existing power purchase agreement (PPA) contracts, it is also unclear if the ‘force majeure’ clause will allow extensions to commercial operations deadlines (CODs), as the relevant legislation remains vague, particularly as the power purchaser, Electricity Vietnam (EVN), is a state-owned utility.

Furthermore, transmission infrastructure development has not kept pace with the rapid capacity growth in the country, which poses more downside risks.

In particular, the rapid build out of renewable projects in Ninh Thuan and Bình Thuan has caused grid overload and renewables curtailment in recent months, and some wind and solar plants were forced to reduce their output as a result. As such, developers could also face challenges in grid integration, particularly if numerous projects achieve grid connection in 2020 as developers rush to meet the FiT deadline.

Nevertheless, Fitch said the government remains highly committed to boosting the country’s renewables growth, particularly as it is seen as a potential strategy to deal with looming power shortages, and may provide other supportive mechanisms to retain investor interest.

The government also intends to draft a new power development plan by June 2020, which Fitch believed will focus more directly on the development of non-hydropower renewables. 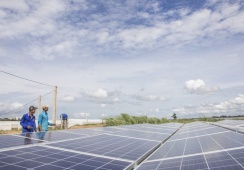 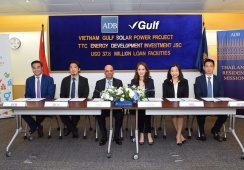 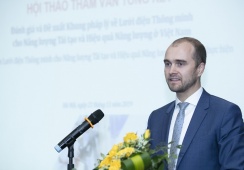