The digitalization process would offer policymakers various tools to continue the reform process and bring more benefits for the people and businesses.

Vietnam has achieved significant progress in adopting digital solutions for regulatory reform, which should be further pushed ahead to make substantial changes for greater efficiency of the state apparatus.

UK Ambassador to Vietnam Gareth Ward gave the remarks at the launch of the report on the benefits of digital solutions in this regard today [March 10].

According to Ward, digitalization would offer policymakers various tools to continue the reform process for the benefit of the people and businesses.

For the business community, digital solutions are opening new opportunities to shift their business model and production methods for new services and products.

Minister-Chairman of the Government Office Tran Van Son said in 2021, Vietnam made great gains in administrative reform, including the simplification and removal of 1,101 business conditions, updating 7,022 existing ones, as well as the launch of a database and a business conditions information portal.

Son said the database and business conditions information portal are instruments to promote greater publicity and transparency in regulatory reform.

“One of the key tasks for the Government Office in the first quarter of 2022 is to launch the database and the portal, along with a set of criteria to assess the performance of state governance in providing public services and administrative procedures,” Son said.

At the meeting, Dang Quang Vinh, an expert in institutional reform, said there have been improvements in Vietnam’s efforts to promote e-Government, and eventually a digital Government.

“The development of e-Government in Vietnam, however, remains modest compared to regional countries,” Vinh said.

In 2020, Vietnam’s e-Government development index stood at the sixth position in  Southeast Asia, behind Singapore, Malaysia, Thailand, Brunei, and the Philippines.

“This is especially true in cases of advanced countries where digital solutions are adopted for the issuance of business license and promoting regulatory reform,” said Vinh, referring to the PermitMe platform of the Australian Government that allows users to submit all documents in one single instance for the application of all licenses and certificates that help save time and compliance costs.

The Her Majesty’s Revenue and Customs (HRMC) of the UK are also using voice-recognition technologies to automatically display the tax documents of users.

Other digital platforms of the Estonian Government (https://www.osale.ee) and of Singapore (https://www.reach.gov.sg) have been of great effect in helping Government officials facilitate people’s requests for administrative procedures.

Ngo Hai Phan, Director of the Administrative Procedures Control Agency at the Government’s Office, informed ministries and Government agencies are working on a legal framework for the soon operation of the database and business conditions information portal.

“These tools have significant meaning in institutional reform, especially in business conditions, and remain among three strategic breakthroughs for socio-economic development,” Phan said.

Meanwhile, Phan also considered the portal as a communication channel between the people, businesses, and Government agencies in a cyber environment, which “shows the Government’s willingness to listen to concerns and recommendations from the public.”

“Once the portal is launched, this should be a leverage to further push for reform of business conditions in Vietnam,” Phan stressed. 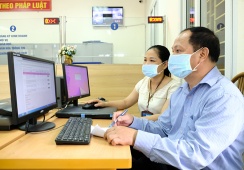 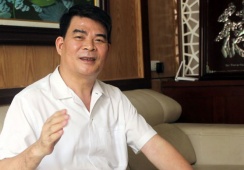