Vietnam’s economy suffered a contraction of 6.17% year-on-year in the third quarter.

Vietnam’s GDP growth in the first nine months of 2021 is estimated at 1.42%, lower than the 2.12% expansion rate recorded in the same period last year, according to the General Statistics Office (GSO).

In the third quarter, Vietnam’s economy shrunk 6.17% year-on-year, an all-time low since the country first release its quarterly GDP data in 2000.

In the January-September period, the agro-forestry-fishery sector expanded by 1.04%; the industry and construction sectors declined by 5.02%; and services going down by 9.28%.

“This came as the pandemic has posed severe impacts on every corner of the economy, while major economic hubs were forced into a lockdown to prevent the pandemic,” Huong said.

The manufacturing and processing sector remained a main growth driving force for the economy in the January-September period by posting a 6.05% growth.

The services sector was hit the hardest by the pandemic, in which wholesale and retail declined by 3.1%, logistics by 7.79%, hospitality and catering services by 23.18%.

Total revenue from retail sales and services in the nine-month period also faced a decline of 7.1% year-on-year to over VND3,300 trillion ($145 billion).

Facing the severe economic impacts from the pandemic, a total number of newly established businesses during the period went down by 13.6% year-on-year to 85,600, while those returning to the operation were 117,800, down 11.8%.

On average, around 10,000 enterprises suspended operation per month compared to 13,100 new firms entering the market.

“The prolonged Covid-19 situation forces many businesses to the brink of collapse, along with the disruption of both domestic and international supply chains due to consecutive social distancing periods,” stated the GSO.

A survey conducted by the GSO on the sentiment of enterprises in the manufacturing sector in the third quarter showed 13.2% have seen improved situation against the previous quarter, 25.4% perceived no change, and 61.4% saw worse.

For the fourth quarter, 43.4% of respondents expected things to be better, 30.3% for stability and 26.3% anticipated difficulties.

The GSO noted the foreign-invested sector was in a more positive mood than their domestic peers as 79.4% hoped the situation to improve in the fourth quarter, with the rate of local private firms at 71.8% and state firms at 68.8%. 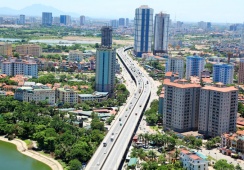 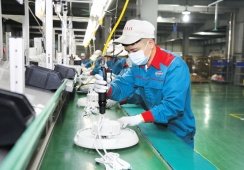