Hanoi’s tourism industry rebounded strongly in the first eight months of this year.

In the first eight months of 2022, the number of foreign arrivals in Vietnam was 13.7 times higher than the same period last year, thanks to the full reopening of tourism and the restoration of international air routes.

According to the General Statistics Office, Vietnam welcomed more than 1.44 million international visitors in January-August. Among the arrivals, those coming by air increased by 18.5 times year on year, accounting for 88.2%, while the number of those reaching by road made up 11.8%, and by sea  0.03%.

Revenue from accommodation and catering services in the first eight months was estimated at VND377.8 trillion (US$16.2 billion), up 48.1% year on year, thanks to surging travel demand in the summer after more than two years of Covid-19 restrictions.

Tourism revenue in the first eight months of 2022 also rose by 3.4 times interannually, to VND15.4 trillion ($652.6 million), due to the strong recovery of tourism activities, especially domestic tourism.

In 2022, as Vietnam aims to welcome five million international tourists, the Vietnam National Administration of Tourism (VNAT) under the Ministry of Culture, Sports and Tourism has proposed solutions to remove difficulties and create favorable conditions to attain this goal.

In particular, the tourism industry asked the Ministry of Transport to facilitate the opening of more direct flight routes connecting Vietnam with other countries and territories.

In addition, the visa-exemption policy should be expanded to more countries, visa-free stay lengthened from 15 days to 30 days as well as formalities streamlined for the issuance of e-visa and visas on arrival.

Overseas Vietnamese diplomatic missions are requested to hold promotional activities and business matchmaking sessions, as well as update the policies of countries in the region.

In addition, formalities for the establishment of a Vietnam Tourism Promotion Office abroad should be simplified. So far, no such office has been opened in any foreign country while Thailand has 29 overseas promotion offices,  Malaysia 30, and Singapore 27.

In the first eight months of 2022, the number of visitors to Hanoi increased by 4.2 times year on year to reach 12.38 million

Statistics from the Hanoi Department of Tourism showed the city welcomed over 582,000 international arrivals and 11.8 million domestic visitors, a four-time increase interannually. Total revenue of the sector was estimated at VND35.9 trillion (US$1.53 billion), up 4.4 times year on year.

In comparison to the plan set by the city earlier this year, the capital’s tourism industry has fulfilled the goal of earning total revenue of VND27.8-35.8 trillion ($1.2-1.5 billion) and welcoming 9-10 million tourists.

The average occupancy rate of lodging of all categories was estimated at 32.9% in the first eight months of this year, up 10.7% over the same period in 2021.

Dang Huong Giang, Director of the Hanoi Department of Tourism told The Hanoi Times that in order for Hanoi to keep being an appealing destination, the department will urge travel agencies and destinations to build more attractive and unique tourism products, which focus on harnessing local strengths.

Hanoi has 27 food catering establishments, 35 shopping service businesses, nine entertainment facilities, and one sports service establishment which have been recognized as meeting standards for serving tourists. 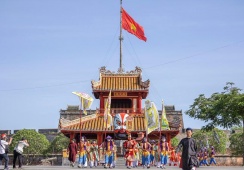 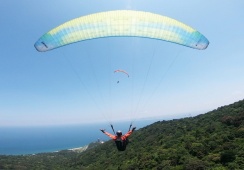