Government support programs with better disbursement plans are needed to help those in need overcoming the current crisis.

While nearly 60,000 enterprises temporarily suspended operation in the first five months of this year, up 23% year-on-year, many are still struggling for survival amid the fourth Covid-19 outbreak and in need of stronger support from the government.

Nguyen Cao Hung, a driver of Hanoi-based Dong Loi Tourism company, told The Hanoi Times that since the first Covid-19 outbreak in 2020, he has suffered a five-fold reduction in monthly salary from VND30 million (US$1,300) to only VND6-7 million (US$260-304).

“Our lives turn upside down as I am the primary income earner for the family,” Hung said.

Not only Hung, his other 30 colleagues are facing mounting difficulties as they are forced to accept a salary of VND2-3 million (US$87-130) per month, a significant reduction from VND10-12 million (US$434-521).

Director of Minh Thanh Phat Company, owner of Sao Viet Transportation and Trading Company, Do Van Bang said to The Hanoi Times that since May, the company’s operation was basically frozen due to the lack of passengers.

“With around 100 buses, only two or three are still running at the moment,” said Bang. “A trip from Hanoi to Lao Cai generated revenue around VND2 million (US$87), but the operational cost was estimated at VND7.5 million (US$326),” he added.

A recent survey conducted by the Tourism Advisory Board (TAB) revealed the fourth Covid-19 wave has once again dealt a deathly blow to the tourism sector.

“The rate of tourists cancelling their tours went up to 90% in May and June, a peak season of summer holiday,” noted the TAB.

Mai Van Bao, a coffee shop owner in Trich Sai Street, Tay Ho District, could not hide his disappointment as there has been no clear date for the reopening of coffee shops.

“The deadline to pay six-month land rental fee is approaching, and I have no income to pay,” Bao told The Hanoi Times.

According to the Vietnam Chamber of Commerce and Industry (VCCI), tourism, retail, transportation and hospitality services continue to be the most affected sectors by the pandemic.

To help enterprises overcome this difficult period, General Director of VietSense Travel Nguyen Van Tai called for the Government to ease conditions for travel agencies to access the social rescue package worth VND62 trillion (US$2.69 billion) or receive loans with preferential rates.

So far, only 22% of the rescue package has been disbursed, as companies cited the strict evaluation process for such low disbursement rate.

Drawing on his experiences from past government support, Vice Chairman of the northern province of Vinh Phuc's Business Association Duong Trong Khang urged the Government agencies to set clearer terms on beneficiary targets in future programs.

"For example, enterprises that can keep 100% of their workforce are entitled to loans with the lowest interest rate allowed, while those laying off 50% of the workforce can only receive 50% of the support," Khang told The Hanoi Times.

Khang also said the policy of cutting 30% of corporate income tax for enterprises in 2020 was not efficient, saying those benefiting from the program have still been able to generate profit.

“In contrast, many suffering losses or facing bankruptcy have received no support,” he added.

Khang suggested the government should take stronger measures, including waiving or reducing taxes and land rental fees, instead of extending the payment deadline, or renewing financial supporting program for workers affected by the pandemic.

To date, enterprises in major industrial sectors have resumed operation, however, most are still lacking working capital and facing a surge in prices of input materials.

Meanwhile, many are planning to restructure or turning to digitalization, but have no funds available to finance such moves. 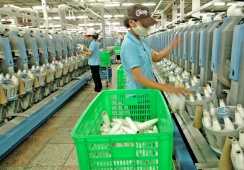 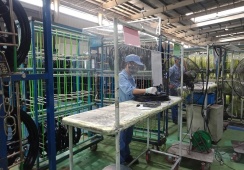 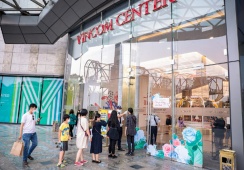