Vietnam is likely to import roughly 3,000 megawatts (MW) of electricity from Laos from now until 2025 to meed the country’s power demand that is estimated to grow 9% annually by 2030.

The deals were reached last weekend at the 43rd meeting of the Vietnam-Lao Inter-Governmental Committee at the presence of Vietnam’s Prime Minister Nguyen Xuan Phuc and Lao PM Thongloun Sisoulith.

Under three memoranda of understanding (MoU), EVN will cooperate to develop total 500MW power in Laos, including 84MW from Nam Yeuang hydropower project in a deal signed with Phongsubthavy Group, which is expected to sell electricity to Vietnam from 2024-25.

The second deal will enable EVN to develop 300MW Nam Phan coal-fired power plant which is scheduled to transmit power to Vietnam from 2025.

In another agreement, Kong Sup Hydro Development Company of Nam Neun 1 and Nam Neun 3 will develop 124MW Nam Neun 1 hydropower plant which is expected for export to Vietnam from 2024-2025.

Dr Daovong said Laos has huge potential of hydro, solar and wind to generate power for sales to Vietnam and Cambodia.

Electricity is one of Laos’ main income sources thanks to sales to Thailand, Vietnam, Cambodia, and Myanmar. 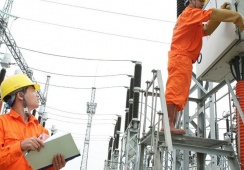 Vietnam to buy 1.5 billion kWh of electricity per year from Laos 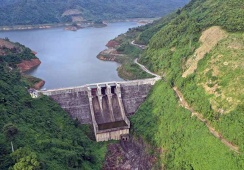