The Hanoitimes - The strategy by 2030 and vision to 2045 will focus on three pillars namely oil, coal, and renewable energy.

Vietnam plans to more than double its power generation capacity to 125-130 gigawatts (GW) from about 54 GW over the next decade to feed its fast-growing economy.

The strategy is aimed at ensuring national energy security and sufficiently supplying power for fast and sustainable socio-economic development as stated in a resolution by the Communist Party’s powerful decision-making Politburo.

The strategy by 2030 and vision to 2045 will focus on three pillars namely oil, coal, and renewable energy.

Accordingly, it will invest more in oil exploration and exploitation domestically and internationally to raise the ratio of oil energy in the power mix.

The strategy calls for oil refineries to meet at least 70% of domestic demand for refined petroleum products. Vietnam will also develop infrastructure to be able to import 8 billion cubic meters of liquefied natural gas annually by 2030, Reuters reported.

It will raise the proportion of renewable energy to 15%-20% by 2030 while trying to lower reliance on coal which now accounts for about 38% of the total capacity.

Seek for other investment sources

The World Bank said in its “Maximizing Finance for Development in Vietnam’s energy sector” report that Vietnam’s electricity sector requires new investments of about US$10 billion annually frontloaded through 2030, higher than the average of US$8 billion for the period 2011–2015.

While Electricity of Viet Nam (EVN) and PetroVietnam (PVN) will continue to play an important role in developing new infrastructure, the vast majority of new gas and electricity investments will need to come from private players, the report argues.

“We observe a large interest from private investors to participate in the vast growing energy market in Vietnam, especially in renewables and LNG development. They are willing to invest as long as the projects are well-structured and bankable,” said Franz Gerner, the World Bank’s lead energy economist and the study’s lead author. “What investors need is a transparent and stable regulatory environment which incorporates a proper risk-sharing mechanism among all parties,” he added. Ensuring power supply is a must: Vietnam PM Vietnam needs US$10 billion a year for energy sector 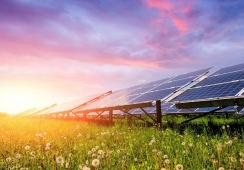