Prime Minister Nguyen Xuan Phuc has requested ADB’s support in accelerating the disbursement progress of projects financed by the bank during the 2020 – 2021 period to boost economic growth.

In the first eight months of 2020, the disbursement rate of ADB-funded projects stood at 36% of the target, thus over US$900 million is needed to be fully disburse from now on until the end of the year, Mr. Phuc said at a meeting with the ADB's newly-appointed Country Director in Vietnam Andrew Jeffries on September 17.

Congratulating Mr. Jeffries on his new position, Mr. Phuc expected the ADB’s country director would further cooperation between Vietnam and the bank, stressing the Vietnamese government considers the ADB a major partner for development.

To date, the ADB has provided loans worth nearly US$17 billion for Vietnam, of which US$14 billion has been fully disbursed, or 83.1% of the total.

According to Mr. Jeffries, while the Vietnamese government is drafting its new socio-economic development strategy for the next five and ten years, the ADB is also setting up a new country partnership strategy to correspond to the new situation in Vietnam.

The ADB is changing its approach towards a greater focus on the private sector and helping promote more private investment through an enabling business environment, stated Mr. Jeffries.

At present, Vietnam has gradually fought off the Covid-19 pandemic, and the ADB is expected to provide better support for Vietnam’s development in the post-pandemic period, he added.

In the coming time, PM Phuc said Vietnam would focus on a number of priorities, including support for businesses and production, boost domestic consumption, exports and public investment to help the economy soon overcome the current crisis.

Mr. Phuc assigned the Ministry of Finance to review the ADB’s proposal of three loans worth US$900 million to support the state budget.

The Vietnamese government would still prioritize mobilizing ODA funds and preferential loans, including those from the ADB. Those funds would be used for major projects that support Vietnam’s sustainable development, Mr. Phuc stressed.

In its latest Asian Development Outlook (ADO) 2020 Update, the ADB has revised down Vietnam’s economic growth forecast to 1.8% in 2020 from the previous estimate of 4.1% in June, but the growth is expected to bounce back to 6.3% in 2021.

Vietnam is the only economy in Southeast Asia that the ADB expected to record positive growth this year as the region’s is set to face a GDP contraction of 3.8% in 2020. 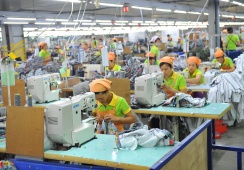 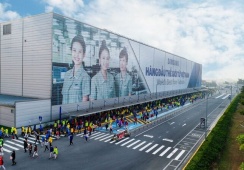 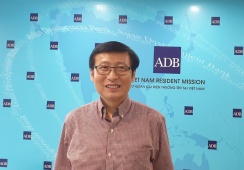