To ensure its place among front-runners in attracting global FDI in the future, Vietnam should prioritize quality over incentives in attracting investment capital, said an ADB expert.

Many countries are offering Samsung better incentives than Vietnam, but the South Korean tech giant is still committed to the country, largely thanks to its constantly improving business environment and higher skilled labor forces, according to Mr. Nguyen Minh Cuong, principal country economist of the Asian Development Bank (ADB) in Vietnam.

“Strategic investors like Samsung make their investment decisions based on a country’s overall competitiveness, rather than what incentives they could receive,” Mr. Cuong told Hanoitimes in an interview.

Samsung previously denied rumors that it was planning to shift part of the smartphone production from Vietnam to India, and affirmed that all production facilities in northern Vietnam are operating as normal.

The denial was made after The Economic Times, an Indian news website, reported that the South Korea-based conglomerate hoped to produce devices worth US$40 billion in India by taking advantage of the Production Linked Incentive (PLI) scheme of the Indian government.

Nikkei Asian Review in August also revealed Samsung are planning to shift production of personal computers and TV from China to Vietnam after having decided to close two plants in Chinese cities of Suzhou and Tianjin.

“To ensure Vietnam’s place among front-runners in attracting global foreign direct investment (FDI) in the future, the country should prioritize quality over incentives in competing with other nations for new investment capital,” Mr. Cuong added.

More importantly, the ADB expert said attracting FDI based on incentives in terms of land and taxes may result in severe consequences, including transfer pricing.

This would become a significant issue as many experts have raised concern over ASEAN countries’  race to the bottom in FDI attraction. Different level of tax incentives between countries in the region could only encourage multinationals to turn to transfer pricing activities, Mr. Cuong said.

Meanwhile, given the already weak linkage between foreign-invested and domestic firms in Vietnam, more incentives for foreign companies would only make it hard for local companies to compete and form a strong bond with their foreign peers.

In this regard, Mr. Cuong expected Vietnam to focus on improving the quality of human resources, infrastructure and legal environment, adding these are key factors to attract high qualify FDI projets. 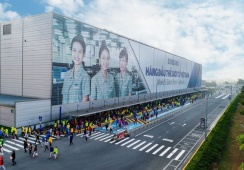