Vietnam remained third in Southeast Asia, behind Singapore and Indonesia, in terms of the number of investments and amount of funding for startups.

Given a solid pipeline of early-stage companies and the positive environment created by the Vietnamese government, Vietnam's startup ecosystem is poised to enter a more mature stage and reach new heights in 2022.

Venture capital going into Vietnamese startups reached a record high in 2021 amidst market uncertainties and upheaval caused by Covid-19.

The Vietnam Innovation & Tech Investment Report 2021, jointly conducted by the Vietnam National Innovation Center (NIC) and the Do Ventures, estimated the total funding amount reached a record of US$1.4 billion, a 1.6x growth compared to the prior record of $874 million set in 2019.

Such a result put Vietnam in third in Southeast Asia, behind Singapore and Indonesia, in terms of the number of investments and amount of funding into startups.

Riding the acceleration of digitalization across the country, Vietnam celebrated the emergence of two unicorns in MoMo and Sky Mavis in 2021, taking the number of $1-billion-startups in Vietnam to four.

“Their success doubles down on the country's growing status as a rising tech hub in the region,” noted the report, referring to the promising tech scene in Vietnam as a dozen of companies with valuations of over a few hundred million dollars is in the wings to become unicorns in the coming years.

Taking a deeper view of Vietnam’s startup ecosystem, payments, retail and gaming have been receiving substantial attention from investors.

Total investment capital into finance and e-commerce exceeded $650 million, while healthcare has also seen robust growth by taking in over $132 million.

Last December, MoMo, Vietnam’s leading e-wallet with a valuation of over $2 billion, wrapped up the series-E funding with over $200 million.

In March 2022, bookkeeping startup SoBanHang also succeeded in raising $2.5 million from investors such as FEBE Ventures, Class 5, or Trihill Capital.

Mio, a social network platform, has also raised $8 million from its Series-A funding, taking the total figure to $9.1 million since last May, or digital banking Timo secured $20 million in funding in an investment round led by Square Peg, a leading global venture capital firm.

It is estimated the total number of funds invested in Vietnamese startups climbed by 60%, equally distributed among countries.

Singapore was the most active investor in 2021, followed by local investors and the US. Japanese investors have also gradually resumed their activities in Vietnam after a two-year slowdown.

Experts suggested funding into Vietnam’s startups in 2022 may soon reach $2 billion, thanks to a large network of both foreign and domestic venture capital being active in the country, such as IDG Ventures Vietnam, CyberAgent, Mekong Capital, ESP Capital, or SeedCom, FPT Ventures, VIISA, EPS, and 500 Startups Vietnam.

Vietnam as regional hub of innovation

Despite its early stage of development, Vietnam’s startup and innovation ecosystem has seen a significant transformation over the years.

The Government has set the goal for the digital economy to be among the three pillars in the drive for digitalization, including digital government, economy, and society.

By 2025, the digital economy is set to make up 20% of the GDP, and five years later, Vietnam would be among the top 50 countries in terms of e-Government development.

Director of the National Agency for Technology Entrepreneurship and Commercialization Development under the Ministry of Science and Technology Pham Hong Quat stressed the growing number of startups in Vietnam has played a part in promoting the digital economy.

According to Quat, the Vietnamese Government has been providing incentives to further attract investment capital from Vietnam and abroad into the startup ecosystem, with the recent revision of the Investment Law and the Business Law 2020 which provide more support for investment into innovation and startups.

“The reopening of Vietnam’s borders for international flights could be another step to facilitate the influx of foreign capital into Vietnam in the coming time,” he continued.

Quat, however,  acknowledged more efforts are needed to further improve legal frameworks for a more favorable environment for startups’ operations.

Echoing Quat’s view, CEO of Do Ventures Le Hoang Uyen Vy noted there has been a lack of regulations in certain fields, including the financial sector. 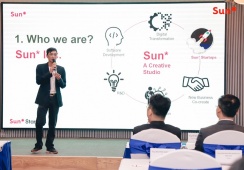 Hanoi’s edtech and healthtech startups to get financial supports 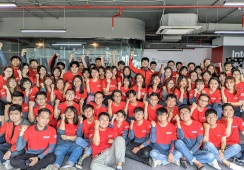 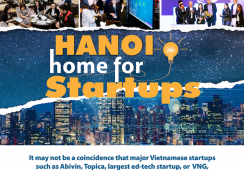