Hanoi is cheapest destination for backpacking escape in Asia: Insurer

The Hanoitimes - If the budget is key, Hanoi is a must-see in Asia offering the best value.

Hanoi, Vietnam’s capital city, tops the list of 10 most affordable cities, a perfect Asian getting away for backpackers, according to the British Alpha Travel Insurance.

The rank was built based on some criteria including the cost per day of hostel, transportation, meals, drinks, and attractions in cities across Asia.

Hanoi is the cheapest city in Asia. If the budget is key, the northern capital city is a must-see in Asia offering the best value, with a total daily spend of just US$18.30, wrote Alpha Travel Insurance.

Vietnam’s southern metropolis Ho Chi Minh City ranks third and the ancient town of Hoi An is named in the sixth place.

Cambodia’s Siem Reap leads the cheapest hotel category, on average at US$1.7 per night.

Bangkok, the capital of Thailand is a foodies paradise. At just £4.63 (US$5.95) for meals per day, Bangkok is the cheapest city to eat in Asia. While for traveling, Jakarta, Indonesia could be the perfect city with a cost of just £0.55 (US$0.71) a day on attractions.

In contrast, Tokyo in Japan “hurts the wallet so bad” with average spending at US$72.58 per person per day.

Hanoi welcomed 21.5 million visitors in the first nine months of 2019, of whom 4.7 million were foreigners, a rise of 10.1% year-on-year. The city targets to receive over 8 million international arrivals in 2020. 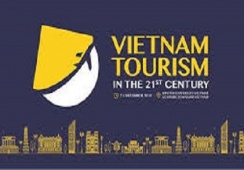 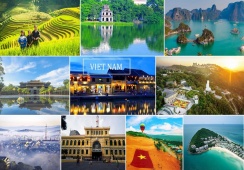