A Vietnameseyoung girl uses the color of additives to paint traditional mooncakes, making them beautiful and unique.

In making use of the idle time under stay-of-home order, a local baker has brainstormed to make mooncake paintings, bringing a catchy look for the pastry.

As the Mid-Autumn Festival is drawing near, an idea flashed into the mind of baker Nguyen Thi Thuy Duong, 26, of why not “wearing new clothes” for her cakes to present to her relatives. For her, the look of the food is as important as its taste  the cake decoration consumes as much time as the making it.“I bake and paint with so much passion to create a new ‘bottle’ for the old ‘wine’, or a new cover for the traditional pastry.” Duong told The Hanoi Times,

Accordingly, familiar cakes, which weigh 150 grams, are home-made with typical fillings such as traditional mixed flavor, green beans, green tea, lotus seeds or combined with some jam, becomes so different like a work of art, thanks to her talent and creativity.

The most important step for these special “paintings” is to make the base, as Duong revealed. It helps draw patterns more easily and represent true color. Thanks to her experiences in baking, she quickly found good materials for it: green beans and white beans. “The bean base is easy to make and has a strong texture so it keeps the paint color for a long time,” she said.

After the base is ready, Duong uses food coloring to paint on the cake. “Food coloring is used widely in cooking so it is safe for health and does not affect the cake’s flavor. It's just a layer of sweet baked bean on top,” Duong said.

Practice makes perfect. Duong is now able to paint copies of Dong Ho folk paintings and million-dollar works of local late painter Mai Trung Thu on her mooncakes. “They take me much longer, almost an hour, to complete, but they are my favorites. Traditional cakes are more special with popular culture patterns, in my opinion. I enjoy painting them,” she told The Hanoi Times.

The photos of Duong’s mooncakes impressed the public when being posted on her social page. One of them, Nguyen Thi My Hao (21 years old from central Hue city) commented: “The cakes would be just as any others without the beautiful drawing. It is very delicate as the baker has given them an identity.”

Another, Hoang Thi Thuy, said that Duong’s cakes inspired those who love cooking and try to make new dishes like her, especially during social distancing time.

Duong plans to give tutorial classes for making mooncakes. “Besides helping people have fun or possibly increase their income with the cake business, I also want to honor and promote Vietnamese cultural values through traditional mooncakes,” she stated.

Duong quit her job in a bank to pursue her passion for baking, especially decorating birthday cakes. Her cakes are known on social media for their exquisite decorations.

Some other creations of the young baker are below: 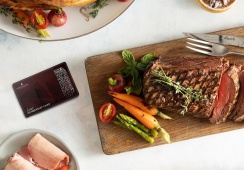