The art book “Worldwide Tour of Vietnamese Troupes” has recently been launched by a young local, introducing Vietnam’s traditional and folk arts to both local and international readers.

Presented in the form of a bilingual Vietnamese-English artbook, “Worldwide Tour of Vietnamese Troupes” introduces 30 performing arts and six folk festivals with many beautiful color illustrations.

The project comes from the group's interest as well as unexpected discoveries about the profusion and diversity of the performing arts in Vietnam.

“We found out that these artistic manifestations are preserved and developed by different ethnic groups from North to South, from the ancient time to the present,” said Thao Ho, the author of the book.

“The book is not scientific research but a product of personal inquiry, discovery, and feeling. All these artistic expressions contain great cultural and spiritual values that affect the daily life of 54 ethnic groups in Vietnam. Some have become world cultural heritages recognized by UNESCO. That is the pride and happiness of each Vietnamese. Learning and enjoying these traditional folk arts is a journey to find our roots,” Ho told The Hanoi Times. “It is expected to provide basic knowledge and inspiration for young people to love performing arts and traditional folk festivals of Vietnam more and more.”

Ho also shared that the book is bilingual that is translated by Ngo My Trieu Giang to help foreign readers learn about Vietnamese art as well as to honor and spread Vietnamese cultural values around the world. In addition, the book has many nice colorful paintings by artist Tan Nguyen, bringing vivid, and realistic illustrations of the art forms.

The book is expected to be officially released in December, with interesting gifts such as a set of 36 stickers of various troupes or a map of 36 artistic manifestations along with the country.

At the moment, there are only 36 art forms in the book but Ho said that she wants to add more unique ones of the country in the future. 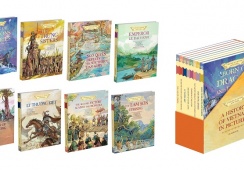