The unique performance has become an indispensable spiritual food for both Hanoians and visitors to the capital city.

From a unique folk music genre that fell into oblivion, thanks to the passion and tireless efforts of dedicated artists, Hanoi's Hat Xam, or blind buskers’ singing has revived and spread strongly in the spiritual life of Hanoians.

Without stopping there, Xam lovers have also brought this genre of music closer to the people around the capital in particular and the country in general.

Since the opening of the walking space around Hoan Kiem Lake,  locals and tourists alike have been very excited about the Xam performance at Nam Huong Communal House in Le Thai To Street of the Xam Ha Thanh group, ‘Ha thanh’ means the city of Hanoi, every weekend at night. Even foreigners also immerse themselves in the melodies of Xam songs, which are sometimes joyous, some other times painful.

Each time a song ends, there is ceaseless applause. This place has become a familiar spot for many people who love the art of Xam in Hanoi. The Xam Ha Thanh group always attracts the audience with many different Xam melodies on each performance night.

Another Hat Xam or Xam singing spot that is familiar to many tourists is the folk music performance stage in front of Dong Xuan Market, organized by the Vietnam Center for Musical Arts Development.

Of the numerous genres of traditional music shown here, the performance of Xam songs takes up a certain amount of time. As Hat Xam was originally a folk art performed on the street, the Xam singing at the market has brought the art back to its original performance space.

For the elderly living in Hanoi’s Old Quarter, every night when the stage is lit up, they go out to listen to Xam melodies as well as other art forms.

Nguyen Tien Phuc, from Hang Ma Street, Hoan Kiem District, shared that in the old days, he often listened to Xam on electric trams. Therefore, he now frequently attends Xam's performances here, which reminds him of a beautiful childhood on the streets of old Hanoi.

Just when Hat Xam was thought to be completely lost in Hanoi, traditional music lovers like musician Nguyen Quang Long, artists Mai Tuyet Hoa, Khuong Cuong, and Pham Dinh Dung, along with their seniors such as People’s Artists Thanh Ngoan and Xuan Hoach, musician Thao Giang and Prof. Dr. Pham Minh Khang, have brought this unique art back to life.

These people share one simple thought: it would be a betrayal of their predecessors if they let the art disappear. Moreover, this unique genre of folk music had been popular throughout the Northern delta and midland, and Hanoi is the center for Hat Xam.

In their field trips to tape Xam songs, they found Xam singer Nguyen Van Gia, in Phu Do Village, Nam Tu Liem District - a student of master Nguyen Van Nguyen - and from him, they learned about the Hanoi School of Xam.

Besides making recordings of Hanoi's Xam, these art people revived the music with the first Xam mat in front of Dong Xuan Market when the Hang Dao - Dong Xuan walking streets were opened.

Musician Nguyen Quang Long, the co-founder of the Xam Ha Thanh group, said: “It's been more than 15 years since then, and dozens of Xam clubs and groups have been formed. From the vitality of Hanoi’s Xam, in many provinces and cities across the country, new Xam clubs and groups have been created. The death anniversary ceremony of Hat Xam’s patron saint was revived by Hanoi's Xam lovers after half a century."

Hat Xam is now familiar to a lot of Hanoians and tourists. Many artists are actively bringing the music to the public through cultural activities as well as their own music products dedicated to Xam.

Looking back in history, Xam has been considered a beggar’s music played by blind people for centuries. Instead of working in the theatres, a Xam singer’s stage is the street, the market, the foot of the banyan tree, the gate of a village, or a yard.

Using the Dan nhi or two-string guitar and their own enchanting voices, Xam singers of yesteryear conquered the hearts of village folk, and, much like Europe’s wandering minstrels, would survive on the generosity of those who enjoyed the performances.

They are professional artists who live for their art, adapting and improving their work as they travel, improvising lyrics to suit their diverse audiences. In this way, Xam is akin to street jazz or could even be viewed along the lines of modern rap music.

Xam features plain, simple, sparsely decorated melodies. Sometimes based on rhythms borrowed from other types of folk music like cheo, quan ho and ca tru, xam developed its own unique melodic structures. With lyrics taken from old tales and sayings, the wandering artists satirized social evils such as prostitution, gambling, and addiction, cried out for women’s fate in feudal society, and expressed the common desire for happiness and a deep love of life.

Cau was probably the most famous Xam singer in Vietnam. In 2008, she received the Dao Tan Award for her contribution to preserving national heritage. Many CDs of Xam music sung by Cau are still replicated for sale in big cities throughout the country. 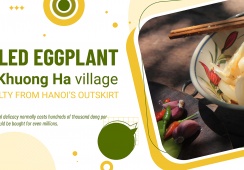 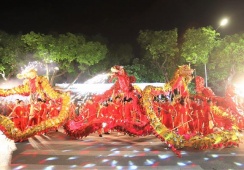 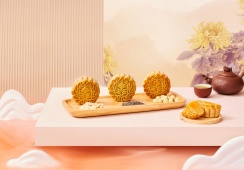