The most important and decisive thing just now is that both the US and Iran already show their intension to commonly return to the JCPOA.

The indirect talks between the US and Iran in Austrian capital Vienna through mediations of the five signatories of the 2015 Joint Comprehensive Plan of Actions (JCPOA), namely Russia, China, France, Britain and Germany, might pave the way for the salvation of JCPOA after the US under in the Donald Trump presidency withdrew itself from it forcing Iran to gradually disobey it.

When US president Joe Biden assumed office in this year's January succession Donald Trump, the JCPOA is already pushed on the brink of total collapse. Thanks to Joe Biden's intention to revive the US participation in the JCPOA and the pragmatic perception by Iran to discover in the change of administration in the US the now unique chance to get the US back to the JCPOA, the rescue of the JCPOA became more and more realistic and feasible.

The other Five seized the opportunity, too, and arranged the Vienna talks. The US and Iran do not directly talk with each other but both are together in Vienna. After two days of talks, they agreed to establish two working groups to find and probe the ways and frameworks for both return to the JCPOA and to continue their talks in Vienna.

For the salvation of the JCPOA and for the perspective of improving the bilateral relations between the US and Iran, the fact that the Vienna talks happened and the achieved first results are very constructive and positive, important and encouraging.

They certify that the direction of doings by all Seven is right and should be continued next. Only by this way, both the US and Iran could meet each other's pre-conditions without fearing to lose face and to be considered as weak and to be forced by other to make concessions first.

The mutual mistrust between the US and Iran is very profound. In Iran, the next presidential election is nearing and incumbent moderate president Hassan Rouhani can't run again for president after two consecutive terms.

In the US, the Biden administration is still in process of reviewing and newly defining its foreign policies and strategies. Therefore, both sides still need more time and will surely take time to play their games with the reviving the JCPOA.

The most important and decisive thing just now is that both already show their intension to commonly return to the JCPOA. This gives reasons to be a little bit optimistic, also because of the saying “Where there's a will, there's a way". 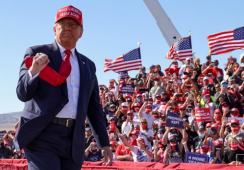