The outdoor art show will be open to the public at 8 pm on November 11 at the Ly Thai To monument, Hanoi’s pedestrian zone around Hoan Kiem Lake.

The cultural event kicks off the week-long Hanoi Creative Design Festival 2022, which features more than 40 events at various venues in the capital city.

Accordingly, the opening ceremony of the Hanoi Creative Design Festival 2022 will take place this weekend at the Ly Thai To Monument, highlighting the artistic program entitled "Hanoi Flow."

Nearly 150 artists will participate in the art program that showcases Hanoi's pride in being recognized as a Creative City by UNESCO. This dynamic city is constantly striving to become the "Creative Kingdom" of the ASEAN region and Asia.

The "Hanoi Flow" art show features three episodes with the themes "The Echoes," "The Fragrance of Hanoi," and "Hanoi, the Land of Creativity," showcasing the infinite creativity of the city's millennial citizens through a feast of sound and light. Through the program, the organizers also wish to convey the capital's message of love, pride, and desire for innovation and creativity.

The Hanoi Creative Design Festival 2022, whose theme is "Design and Technology," will take place from November 11 to 18, 2022. It is jointly organized by the Hanoi Department of Culture and Sports, the Vietnam Association of Architects, the UNESCO Hanoi Office, the Hanoi Promotion Agency, the Hoan Kiem District People's Committee, and other public entities.

The festival is held annually to honor the creativity of people and businesses and encourage cultural exchange at home and abroad. It is also one of the many programs and projects organized by the Hanoi authorities to maintain its commitment to the UNESCO Creative Cities Network.

On October 31, 2019, Hanoi became the first city in Vietnam to receive an official designation by UNESCO as a Creative City, which coincided with the 20th anniversary of the city’s designation as a UNESCO City for Peace. Since then, Hanoi has created favorable conditions to lift the field of creativity and design to new heights and raise the community’s awareness of how to turn Hanoi into a creative city through step-by-step initiatives.

The city is now striving to become an innovation hub in the region, with cultural resources and creativity serving as the foundation for the city’s sustainable urban development. 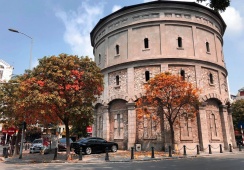 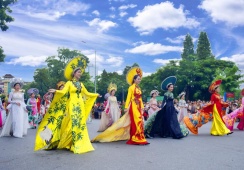 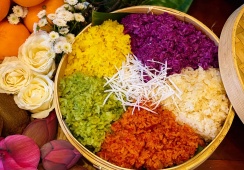