More public libraries have been built in Hanoi to quench residents' thirst for reading and promote reading culture in the community.

Different stakeholders have shared many effective public library models in an effort to promote reading culture in Hanoi.

Towards a “learning society”

It's the main focus at the seminar entitled “Sharing the experience in building and developing the public library system in Hanoi” held recently which is aimed to build up a “learning society”, which is in line with Hanoi's cultural industry strategy.

“In the coming time, Hanoi will strengthen its public library system, support librarians, and honor those who contributed to encouraging and developing the reading movement in the community in particular and the library sector in general,” Tran Thi Van Anh, Deputy Director of the Hanoi Department of Culture and Sports, said at the event.

These libraries have helped spread the reading movement in the community during the past years. Among them, Tay Ho District Library is an example of good operations. It currently has over 25,000 books, including 5,000 books for children, featuring various themes of history, culture, politics, among others.

Tay Ho District's authorities said encouraging the habit of reading among students is considered their main task. "The children's reading corner is always nicely decorated to attract more children after school hours and on weekends," he said.

In addition, the district's Youth Union also organizes many cultural events and contests with the theme of books and reading habits to attract local youths, such as the contests "In search of reading culture ambassador", "Book installation" and "Book illustration", among others.

In addition, audiobook and digital book libraries are also popularized on social networks and youtube channels for dissemination of reading.

The library of Binh Vong Village in Van Binh Commune, Thuong Tin District, Hanoi has been regarded as a familiar destination for booklovers during the past years. The tiny library is a good example of effectively mobilizing private resources in library construction and other activities.

According to Duong Van Phi, Director of the Binh Vong Village Library, since its establishment in 1999, the library has formed a “network of administrators”  led by the village elders. These enthusiastic librarians are always available for receiving donated books, arranging, classifying and lending them to readers.

From 500 books at the beginning, the library now has more than 15,000 book titles. It has served around 3,600 readers and lends books to over 600 people yearly.

Another example of good library in Hanoi is the one in Van Phuc Ward, Ha Dong District. Nguyen Thi Huyen, the library manager, said that the reading basement which is located inside the historic site of Van Phuc Temple features around 1,000 books and over 20   newspapers and magazines.

The reading room is open every day, even on public holidays, for readers who are pensioners, elderly people, students and pupils who live in the area.

According to her, that the library is open right at the famous local relic site is an advantage, as people visit the relic and come to the library. "Many visitors to the site, as well as local people, choose to read a book or magazine while waiting for some events to be held here," she said.

Not only books, but many events to spread the reading movement also take place at the venue, including games to learn about the history of Van Phuc silk village, patchwork-making class themed culture and history, among others.

The seminar on "Sharing experience in building and developing the public library system in Hanoi" was organized in the context that libraries in districts, communes and communes function inefficiently, not fulfilling their tasks of attracting readers. The event aimed to find the most effective library models to promote the reading movement among the local community in the capital city. 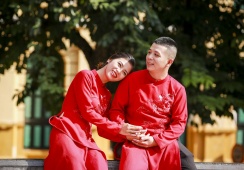 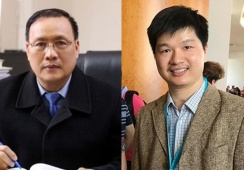