Once the testing period is completed, the new system could be put into operation this year.

“Once the testing period is completed, the new system could be put into operation this year,” stated the HoSE in an announcement sent to securities companies.

The HoSE will send technical information of the system for securities companies to start the connection from June 14 – July 23 before initiating the testing phase from July 26 to August 8.

HoSE General Director Le Hai Tra said the new system is expected to process the number of transaction orders significantly higher than the current one.

“This would replace the system being developed by IT firm FPT that is capable of processing three to five million orders per session,” added Tra while referring to a backup system scheduled to launch in July.

“However, the FPT system would continue to be used in case of emergency for a certain period,” he continued.

In 2012, the HoSE and KRX signed a deal worth VND600 billion (US$26.14 million) for the latter to develop a new IT system to be used in the local stock market. The progress, however, was delayed due to the Covid-19 outbreak.

Over the past months, the overload issue has caused frequent crashes on HoSE’s current trading system and frustration among investors.

The State Securities Commission of Vietnam (SSC), the country’s stock market watchdog, previously acknowledged the root of the issue was due to “transaction processing capacity of HoSE that limits the number of transactions per day, while a recent surge of orders has exceeded the expectation of the market.”

To deal with this issue, the stock authorities have raised the minimum trading lot from 10 to 100 shares, while asking securities firms to temporarily suspend the function of order amendments or cancellation during the trading sessions. 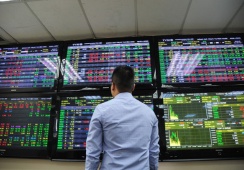 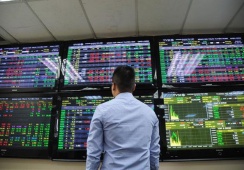 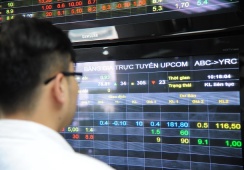