Some accusations against Vietnam’s violations of human rights in the Covid-19 fight are biased and totally ill-intentioned.

Vietnam voiced against the accusations after the Human Rights Watch (HRW) repeatedly blamed the country for increased restrictions in 2020 on basic political and civil rights, especially freedom of expression and association.

HRW said in 2020, the Vietnamese government frequently punished people for criticizing the government or for joining public gatherings to promote democracy or human rights. During the Covid-19 pandemic, the Vietnamese authorities continued to harass, arrest, and imprison bloggers and activists based on bogus national security charges, it said.

The fight against Covid-19 in Vietnam and anywhere in the world requires tough measures, including the ban on public gathering as it makes virus spread quickly.

Sanja Ivic said in “Vietnam’s Response to the COVID-19 Outbreak” published on Asian Bioethics Review (ABR), an Asia-based international academic journal, that Vietnam’s response to the Covid-19 pandemic as an example of good ethical practice in dealing with the outbreak. Vietnam’s action is in accordance with the ethics of care, which emphasizes solidarity and responsibility.

United Nations Resident Coordinator in Vietnam Kamal Malhotra said there’s a bias against Vietnam’s success because of its system of government, according to New York-based Business Insider. Vietnam is a socialist country under the leadership of the Vietnam Communist Party.

“There’s a lot of skepticism that the government wasn't sharing data but that is not true,” Malhotra said. “The data is recorded in real-time and there is no coercion in measures taken here.”

Mark A. Ashwill, Ph.D., Co-Founder & Managing Director, Capstone Vietnam, attributed Vietnam’s coronavirus success story to collectivism. He said Vietnamese people’s ability to tap into the collectivism to defeat a common enemy, even an invisible one like Covid-19 has inspired him.

John MacArthur, the US Centers for Disease Control and Prevention (CDC)’s country representative in Thailand, said “The communications I’ve had with my Vietnam team is that at this point in time, [they] don’t have any indication that those numbers are false.” “Our team up in Hanoi is working very, very closely with their Ministry of Health counterparts,” he noted.

Meanwhile, Guy Thwaites, director of the Oxford University Clinical Research Unit/Wellcome Program in Vietnam, said “The government adopted a zero-tolerance approach to get rid of the virus.” “Basic measures were implemented, but it wasn’t easy. When people trust the government, people do what the government says,” he noted.

In another move, Ambassador Le Thi Tuyet Mai, Vietnam’s Permanent Representative to the United Nations, the World Trade Organization and other International Organizations in Geneva, said the country has made efforts in promoting human rights, including children’s rights, the rights of people with disabilities, cultural rights and food rights.

She said at the 46th Session of the UN Human Rights Council held on March 1-5 that Vietnam has contained the virus and maintained economic growth with support prioritized to vulnerable groups, showing Vietnam’s commitments to implementing international treaties on human rights that the country is a signatory. 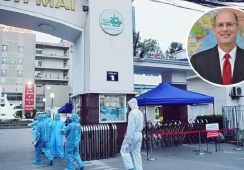 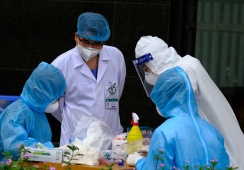 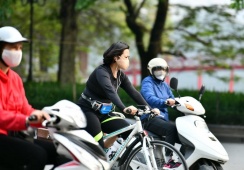