The model is expected to be gradually replicated in other entertainment venues in the city after its initial success.

The Phu Quoc District People’s Committee and WWF-Vietnam launched a model project of reducing plastic waste at tourist destinations, as part of the drive to become a plastic-free island.

Under the project, there are 12 sets of tourist trash cans and two public drinking water fountains have been made available in some venues on the island, of which four trash cans were installed in Dinh Cau Temple and Bach Dang Park, and another eight were placed in Tran Hung Dao Street, Duong Dong Ward, with a total cost of nearly VND800 million (US$34,296) sponsored by WWF-Vietnam.

Dinh Cau Temple and Bach Dang Park are among the most favorite destinations for tourists and locals, so these places receive the largest amount of single-use plastic waste. This model is aimed at raising awareness for tourists and local people, encouraging the habit of sorting and disposing of garbage on-site as well as restricting the use of single-use plastic in public places.

Nguyen Thi My Quynh, Project Manager of WWF-Vietnam or Marine Protected Areas said: “The reduction of plastic waste is a necessity to build Phu Quoc Island into a clean and beautiful tourist city. The project is considered as a pilot model of public sightseeing to reduce plastic waste.”

The model is expected to be gradually replicated in other entertainment venues in the city after its initial success, she underlined.

The island authorities also called on organisations, businesses and residents in the district to join the project to protect the environment and reduce plastic waste, towards phasing out single-use plastic products in the Pearl Island.

Joining WWF’s Plastic Smart Cities initiative in 2019, the Island is now implementing on a trial basis different projects with the goal of reducing plastic pollution by 30% in their pilot areas.

In 2019, WWF-Vietnam, together with local authorities hatched a pilot project that established a community-based waste management system, which could prevent the community’s waste from polluting the coastal environment.

The goal of the project was to establish a system in which solid waste would be segregated at the household level, valuable items would be utilized on-site, organic waste would be composted and trash would be collected and transported to a treatment site by a public collection service.

An agreement was reached between the local authorities and the community members of Da Chong, leading to the launch of the first community-based waste management program in the region, in September 2019. The project provided equipment, waste separation training, and technical support to the residents, equipping them with the resources to not only establish the program, but to also run the program independently. 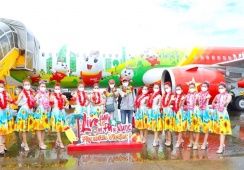 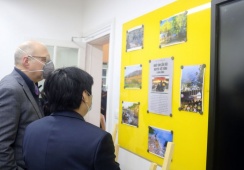