The recruitment needs in the third quarter are expected to rise versus the second quarter.

In the second quarter (Q2) of this year, recruitment demand in Vietnam dropped 20% compared to the previous quarter, particularly from foreign-invested and local companies, as they were hit by the Covid-19 crisis, according to the Q2/2020 labor market update conducted by Adecco Vietnam.

Vietnam is in stage of reopening while other continents have not shown signs of recovery yet. Most current hiring requests are coming from overseas companies preparing to enter the Vietnamese market.

According to the survey with 330 HR professionals in May, 93% of the surveyed companies’ report having their revenue affected by Covid-19. Among those, 43% severely impacted businesses experience a 21-40% dip in revenue.

Up to 57% of Food & Beverages (F&B) companies state that their revenue is negatively impacted during this time, following are Real Estate (56%) and Manufacturing (44%).

“The manufacturing sector suffered critically in this pandemic, especially furniture, textile and footwear companies whose markets are in Europe and North America,” Chuong Nguyen, associate director, Ho Chi Minh City Recruitment Business, Adecco Vietnam, said. “F&B and hotel/tourism sectors also faced the highest layoffs to be able to keep the operating cost in the most optimized model. Thus, the hiring in these sectors is put on hold or takes longer to proceed.”

According to the survey, 58% companies choose to freeze all new hires to mitigate the risk of the pandemic, generating a dramatic unemployment rate Q2. The cancellation of recruitment activities is more critical at large enterprise level (75%) compared to small-medium enterprises (SMEs) (50 – 56%).

The Q2 volume also took a massive hit in senior roles as companies struggled in the economic downturn. A large portion of managerial hires was pending, indicating this quarter does not show the potentiality of a strong comeback. Adecco Vietnam witnesses a rising wave of job applications at senior levels since the peak of the pandemic in March, which nearly doubles compared to the pre-pandemic time.

However, on a brighter note, some of the sectors such as industrial product lines, agriculture, tooling and chemical even recruited 10-20% more sales positions. Technology, healthcare and consumer goods companies sectors also showed increasing needs 10-15% in hiring sales and technical professionals.

“In the second quarter, local experts are highly sought after instead of expat due to budget concern and the state of border lockdown. The salary benchmark is also lower than the market average of last year,” Ha Nguyen, director of Hanoi Office, Adecco Vietnam said.

The survey shows that 31% of businesses estimated to recover in the next 1-3 months, and the rebound period will take longer from 3-6 months for the other 29%. As the country has re-opened its economy, the labor market of F&B, aviation and hospitality sector will return to be competitive .

SMEs will be facing the challenge to attract talents because large companies are recently back to the market with massive budget to promote the safe place of work as a key focus to recruit.

However, SMEs have the flexibility of finetuning their hiring need so that they can adapt to the market’s rapid movement. If they invest time and effort to upskill, engage and retain their people, they will stay ahead of the competition.

“The recruitment needs in the third quarter will be better than the second quarter as some countries start to open and companies will be rushing to pursue their initial business plan of 2020 which was much delayed in the second quarter. Currently, it is potential to obtain the best candidates with low cost,” Ha concluded. 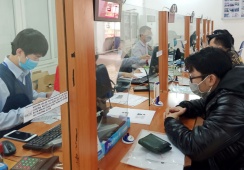 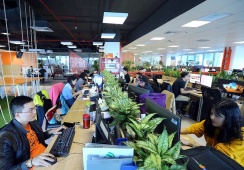