Tourism revenue in Hanoi in Jan rises despite epidemic outbreak

Statistics showed that some travel companies in the city suffered losses due to the pandemic.

Although tourism in the first month of 2020 experienced considerable fluctuation due to the impacts of harsh weather and coronavirus outbreak, total revenue from the sector in Hanoi still showed positive results.

Despite the sudden drop in the number of foreign tourists, revenue garnered from tourism in the city totaled nearly VND 8.7 trillion (US$373.4 million), up 7.2%, according to the Hanoi Department of Tourism.

During the first nine days of Lunar New Year from lunar December 29 to January 7, which fell on January 23-31 in Gregorian calendar, Hanoi welcomed 86,844 international arrivals, down 13% year-on-year with a 47% plummet in the number of Chinese arrivals, at 13,975.

Statistics also showed that some travel companies in the city suffered losses due to the epidemic. Besides, the hospitality business also struggled as the average occupancy rate of hotels was only 54.4%, down 15.5% percentage points year-on-year.

By now, several international tourists are still stuck in Vietnam because series of incoming and outgoing flights from and to China have been canceled at the request of the Civil Aviation Administration of Vietnam. The accommodation establishments are required to continue attending these tourists until the situation gets better.

According to the latest information from Worldometer, total coronavirus infection cases in the world were 24,551 cases by February 5 with the death toll reaching 492. Besides, there were 907 patients revived showing positive health signs. 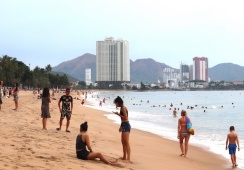 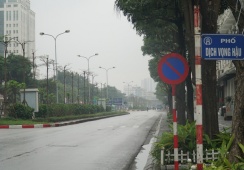