The state visit of Vietnam’s President Nguyen Xuan Phuc to the Kingdom of Cambodia will further strengthen and deepen bilateral relations between the two neighboring countries.

The relations are maintained under the spirit of good neighborliness, traditional friendship, comprehensive cooperation, and long-lasting peace and stability between the two countries for the mutual benefits of the two peoples, according to Cambodia’s Foreign Ministry.

Phuc arrived in Phnom Penh this morning [December 21] to begin his two-day visit to Cambodia at the invitation of King Norodom Sihamoni.

On the first day of his visit, the Vietnamese president had separate meetings with top Cambodian leaders including Prime Minister Hun Sen, Senate President Say Chhum, and National Assembly President Heng Samrin, and Men Sam An, Deputy PM and head of the Cambodia-Vietnam Friendship Association.

On this occasion, many important agreements and documents were signed at the attendance of Phuc and Hun Sen.

“The two leaders were satisfied with their bilateral cooperation in economics, trade and investment, and agreed to push for the implementation of the investment protection agreement and the avoidance of double taxation agreement,” said Xinhua quoted Eang Sophalleth, an assistant to the Cambodian prime minister.

“They also agreed to further strengthen cooperation in national defense, health, education, and justice,” he said.

Phuc visited Cambodia various times during his previous term as Prime Minister of Vietnam between April 2016 and April 2021. But this is his first state visit to Cambodia since he took office as the state president of Vietnam.

Two days ahead of the visit, the 19th Meeting of the Vietnam-Cambodia Joint Commission on Economic, Cultural, Scientific, and Technical Cooperation was held by Vietnam’s Foreign Minister Bui Thanh Son and his Cambodian counterpart Prak Sokhon.

The 19th Joint Commission reviewed the progress made in the implementation of the agreed minutes from the previous meeting while also charting the future direction of bilateral relations in order to further strengthen the close coordination and expand the scope of cooperation between the two countries.

In a press release, the foreign ministry said that despite the Covid-19 pandemic, the virtual Joint Commission Meeting demonstrated the strong commitment of both sides to strengthening their cordial relations and comprehensive partnership. 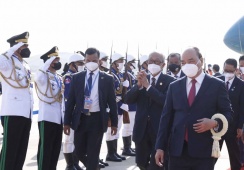 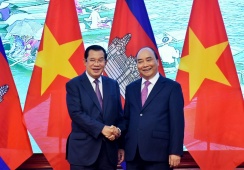 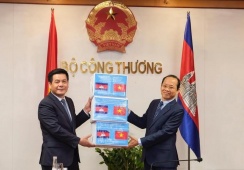