Starting from joint activities in the francophone community, the Vietnam-Belgium relations have been making strides for the past years.

A high-ranking Vietnamese delegation led by Chairman of Vietnam’s National Assembly Vuong Dinh Hue worked with top Belgian leaders and businesses in an effort to lift the relations to a new height.

In a meeting with President of the Belgian Chamber of Representatives Eliane Tillieux in Brussels on September 9, the two leaders stressed the importance of enhancing the friendship of the two countries' parliamentarians.

The two countries are both members of the Organisation Internationale de la Francophonie, one of the important channels for the bilateral ties.

Hue is the first Vietnamese top leaders to tour Europe after Vietnam's new leadership for the 2021-26 term was elected in February 2021. His visit took place one year after the EU – Vietnam Free Trade Agreement (EVFTA) officially came into effect and more than two years since his predecessor’s visit in April 2019.

Notably, Hue told Eliane Tillieux that Vietnam is willing to act as a bridge between the EU, Belgium and ASEAN to enhance the strategic partnership between the two blocs.

He expressed his hope that the two sides will exchange high-ranking visits when the Covid-19 pandemic is contained.

On the same day, Hue met Belgian Deputy Prime Minister Pierre-Yves Dermagne and they talked about the cooperation in various fields namely trade and investment, agriculture, and healthcare.

The two sides hope that the early adoption of the EU-Vietnam Investment Protection Agreement (EVIPA) will enable Belgium to expand investment in energy, renewables, and seaports in Vietnam.

On this occasion, Belgium agreed to donate Vietnam 100,000 vaccine doses and pledged to extend its support to help Vietnam get more doses from the COVAX Facility.

During the stay in Belgium, Hue met a number of companies to discuss investment opportunities in Vietnam.

Belgian Ambassador to Vietnam Paul Jansen said the visit paid by Chairman Vuong Dinh Hue plays an important role as it’s the biggest foreign delegation coming to Belgium since the Covid-19 pandemic broke out in early 2020.

“We hope that our friendship will continue to be consolidated and multisectoral cooperation will be boosted. Many Belgian companies are interested in the Vietnamese market and I look forward to seeing big investments as our investors regard Vietnam as a promising market in a potential region,” Jansen told local media.

According to Jansen, Belgium is one of the first European countries having development cooperation programs in Vietnam. “The diplomatic relations date back nearly 50 years ago. We established diplomatic relations with Vietnam in the 1970s. Since then the relationship has developed very rapidly and impressively,” he said.

In an interview with media, Belgian Federal Senator Andries Gryffroy stated that “The visit will not only be an opportunity to celebrate the first anniversary of the EU - Vietnam Free Trade Agreement (EVFTA) but also to lay the foundation for new economic cooperation between Vietnam and Belgium as well as European countries after the Covid-19 pandemic is under control.”

Since the establishment of full diplomatic relations, the two sides have exchanged many high-level visits. Since 2018, Belgium has been Vietnam’s strategic partner in the agricultural sector.

Belgium is one of the countries that have actively supported the signing and ratification of the EVFTA and the EU-Vietnam Investment Protection Agreement (EVIPA) as well as advocating the advancement of the EU-Vietnam relations.

Currently, Belgium is Vietnam’s 6th largest export market in the Europe behind Germany, the UK, the Netherlands, France, and Italy. In 2020, the two-way trade reached US$2.78 billion, compared to $3.1 billion in 2019.

Attractive investment fields in Vietnam are industrial zones, food and beverage, processing and manufacturing, pharmaceuticals, and renewable energy, according to Ambassador Jansen.

The Government of Belgium continues providing non-refundable aid to Vietnam. Since 2010, the European country has been committed to offering soft loans worth EUR200 million to the Southeast Asian country. 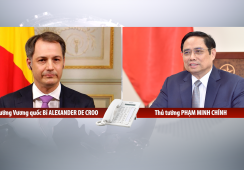 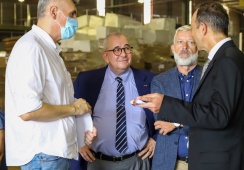 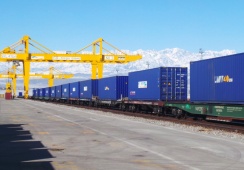