The tariff is valid for five years, starting from June 16.

Vietnam on June 16 officially slaps anti-dumping of 42.99% and countervailing duties of 4.65% for five years on sugar originating from Thailand.

Earlier, last September, the Trade Remedies Authority of Vietnam stated that the Thai government has been maintaining a number of policies subsidying its sugarcane aquaculture and sugar growers.

The investigation came from a complaint last August filed by six Vietnamese enterprises. They argued Thai sugarcane imports had seriously hurt their production and business activities. They proved that in 2020, Thai businesses shipped nearly 1.3 million tons of subsidized sugar to Vietnam, an increase of 330.4% against 2019. Consequently, as many as over 3,000 workers have lost their jobs and some 90,000 farmers have been affected, according to MoIT.

In February, the MoIT decided to levy a 33.88% temporary anti-dumping and countervailing tariffs on sugar imported from Thailand.

On May 12, the MoIT’s Trade Remedies Authority held an online consultation related to the anti-dumping investigation on sugarcane originating from Thailand with the participation of more than 80 delegates.

In the 2019-20 period, the Thai government continues to subsidize by supporting sugarcane farmers to buy production materials with a total budget of US$325 million, according to a recent report by Vietcombank Securities.

This caused serious damage to Vietnam’s sugar industry and the domestic manufacturers requested to impose an anti-dumping tax on Thai sugarcane.

The investigation was carried out properly in a fair and transparent manner in accordance with Vietnam's law and the World Trade Organization rules, the MoIT affirmed. 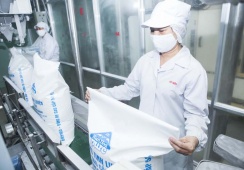 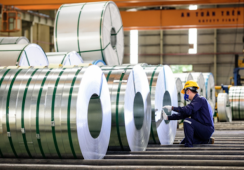