Nanocovax, a made-in-Vietnam Covid-19 vaccine, has proven safe and effective against the novel coronavirus, even its new variant first reported by the UK health authorities.

The first phase of human trials for Nanocovax, which began last December, recently ended with 120 vaccine shots administered to 60 volunteers.

The volunteers were split into three groups to be injected with three vaccine doses: 25 micrograms, 50 micrograms and 75 micrograms in two shots, 28 days apart.

Most volunteers have enjoyed stable health following the shots. Some side effects include pain at the site of injection or light fever.

Further analysis is underway to determine the proper doses for the second phase of human trials, expected to begin after Tet holiday in mid-February and involve 560 volunteers committed for six months.

Experts from the university said Nanocovax has proven safe and effective against the novel coronavirus, even its new variant first reported by the UK health authorities, which is deemed more contagious but not necessarily causing more severe disease in those infected.

Vietnam has recorded the presence of at least two coronavirus variants so far: one originated from the UK and the other from South Africa. The UK variant, believed to be up to 70% more transmissible than ordinary strains, was deemed responsible for outbreaks that started in the northern provinces of Quang Ninh and Hai Duong in late January.

After Tet holiday ends next week, the National Committee for Ethics in Biomedical Research under the Ministry of Health will start evaluating the initial results of vaccine trial.

The objective of the first phase is to evaluate the safety of the vaccine, developed and manufactured by Nanogen Pharmaceutical Biotechnology JSC.

Nearly 400 people have registered for the second phase that is expected to last for six months, during which 560 volunteers will be injected with the vaccine.

The third phase will begin when the second phase is half its way through, which puts the possible date at around August.

If the results are good, Vietnam would administer the vaccine to the public in early 2022. 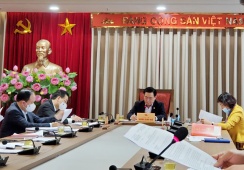 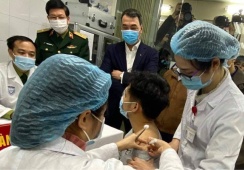 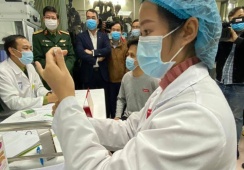