Vietnam recorded a trade surplus of US$1.63 billion in the four-month period.

Vietnam’s trade deficit with China surged by 82% year-on-year in the first four months of the year to US$17.63 billion, according to the General Department of Vietnam Customs (GDVC).

In April alone, Vietnam’s imports from China rose by over US$3 billion year-on-year to nearly US$10 billion, with machinery and electronic products made up a large part with US$2.13 billion and US$1.66 billion, respectively.

During the four-month period, Vietnam imported goods worth US$33.93 billion from China, an increase of 51.6% year-on-year or US$11.5 billion.

From the total, seven groups of imported products from China recorded a value of over US$1 billion, including equipment and machinery worth US$7.46 billion; computers and electronic products (US$6.3 billion); phones and parts (US$2.97 billion); garment (US$2.68 billion); steel (US$1.83 billion); plastic products (US$1.32 billion); input materials for footwear (US$1 billion).

In return, Vietnam exported to China goods worth US$16.3 billion in the period, up 28.3% year-on-year.

While China remained Vietnam's largest supplier, South Korea claimed the second place by exporting US$16.64 billion worth of goods to Vietnam, up 13.9% year-on-year, followed by ASEAN countries with US$14.21 billion, up 13.8%. 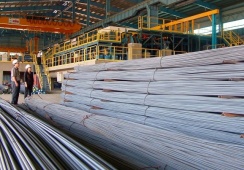 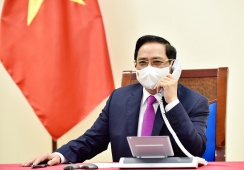