Priceless support in the past is said to be the treasury for the further Vietnam-Russia relationship in which defence is one of pillars.

Vietnamese veteran officials have said that Vietnam needs to have long-term strategies to sustain the durable relationship with Russia that has lasted for more than seven decades.

The relationship between Vietnam and Russia (and the former USSR) is so special that should be maintained for generations, officials who used to study in the USSR decades ago said at a workshop held in Hanoi on December 30.

Participants said each stage of Vietnam’s development has been marked by the tightened relationship of Vietnam-Russia/USSR, highlighting the Russian great support in the victory and progress of the Vietnam People’s Army, mostly in the wars.

The participants affirmed that strengthening the Vietnam-Russia Comprehensive Strategic Partnership is one of Vietnam’s priorities, with a focus on defence cooperation and military training based on the decade-long support.

It’s valuable assets that the leadership and people of Vietnam are determined to keep and the Comprehensive Strategic Partnership needs being enhanced, the delegates insisted at the workshop which is among activities to celebrate the 70th anniversary of the Vietnam-Russia/USSR Defense Relations.

In 1950-1990s, USSR/Russia granted great support to Vietnam in both training manpower for the army and supplying weapons to help the country went through several wars against French and American troops, among other.

Lieu. General Pham Tuan recalled the priceless support by both his Russian teachers and people who he considered like his relatives when he attended a pilot course there. 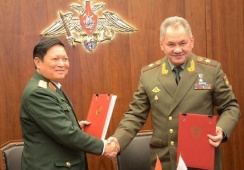 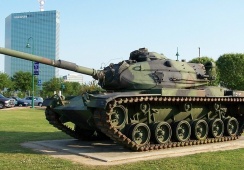 Vietnam signs US$350 million deal to buy jets from Russia

How strong are Vietnam-Russia defense ties?