Covid-19 is prompting people to spend less money on entertainment or travel services.

Ngo Hoang Gia Khanh, vice president of Corporate Development at Tiki, said that in the last week of July, demand for face masks leaped 12 times and that of hand sanitizer nearly doubled compared to normal days on the e-commerce platform. Thermometer was also on the list of best-selling products.

A report titled “Vietnamese lifestyle changes after Covid-19” in late June conducted by Q & Me, a market research service in Vietnam, found that at that time, the demand of online food delivery was normalized but the demand for eating out did not recover. People eat more at home to save costs.

“Nearly 80% of consumers are financially impacted due to less workload. They also show disbelief about the possibility of economic recovery in the next few months and become more conservative in spending,” the Q & Me report wrote.

The cautious spending trend is rising, as the pandemic has returned when Danang city reported locally-infected Covid-19 case in late July.

ShopBack, a Singapore online shopping refund platform which runs a beta version in Vietnam since December 2019, noticed that the consumers are reticent in spending due to the pandemic. The platform is planned to be officially launched in August.

Jacky Ha, commercial director of ShopBack Vietnam, said he has observed steady growth in sales and up to now, the amount refunded to users in Vietnam has reached VND4 billion (US$172,382) with 800,000 users and more than 150 partners. 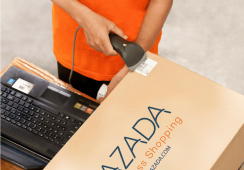 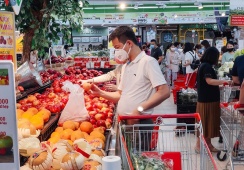 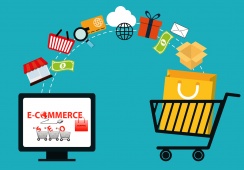