Reforms need to be aligned with the reality of Vietnam’s socio-economic context and build on the success of the progress made over the past decade.

This was one of the key contents revealed at a workshop reviewing the implementation of the Communist Party of Vietnam’s Resolution No. 15-NQ/TW on social policies, which was co-organized by the International Labor Organization (ILO) and the Institute for Labor and Social Affairs (ILSSA) in Hanoi, on April 20.

Speaking at the event, Vice Minister of Labour, Invalids and Social Affairs, Nguyen Van Hoi said it is necessary to continue to place people at the center of the development process.

“Ensuring that social issues are managed and addressed by social policies should continue to be done in alignment with the country’s economic development. It is important to consider investing in people through social policies, as this investment at the same time an investment in the sustainable development of Vietnam," he said.

Addressing the workshop, Ingrid Christensen, ILO Vietnam Director, underlined that, for Vietnam to continue progress towards a vision of providing social protection for all, it must continue to dedicate significant efforts and resources to the strengthening of its social protection system across many dimensions.

ILSSA Director Bui Ton Hien said that the implementation of Resolution 15 has matched the expectations of the Vietnamese people. It has helped to drastically improve the perception of government officials and party members at all levels when it comes to their commitment to formulating and implementing social protection and merits policies.

He added Resolution 15 has also underlined the key role social policies can play in the socio-economic development of the country.

André Gama, ILO Vietnam’s Social Protection Program Manager, underlined that social protection reforms must be aligned with the reality of Vietnam’s socio-economic context and build on the success of the progress made over the past decade.

He added that such reforms should be designed and implemented around a set of principles shared by different UN agencies. These are greater coordination and alignment between different policies and interventions, a more gender-sensitive and shock responsive social protection system, designing policies and interventions based on a life-cycle approach, ensuring social protection leaves no one behind, building the policy-making processes more participatory, strengthened institutional capacity, focus on universal/compulsory programs and increased implementation effectiveness.

Participants at the event, which was financially supported by the Government of Japan and the Government of Ireland, included representatives from the Ministry of Labor, Invalids and Social Affairs (MoLISA), several international partners such as UNICEF, UNFPA, UNDP, UN Women, the World Bank and the drafting committee.

The UN agencies agreed that Vietnam has made significant progress since 2012 when Resolution 15 was issued.

They confirmed and reinforced their commitment to support Vietnam on the revision of the implementation of Resolution 15, as well as drafting a new Resolution to guide the country’s further reform towards making the goal of social protection for all a reality. 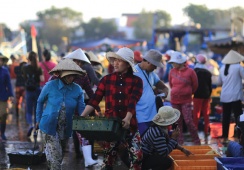 Some 1.3 million Vietnamese to become jobless in 2022: ILO 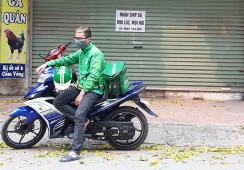