Despite trade protection measures from the authority, Vietnam’s steel imports continue to surge.

India was the second largest exporter of steel products to Vietnam in the first 11 months of 2019 with 1.89 million tons, up a whopping 244.5% year-on-year, while imports from other major markets declined, according to data of the General Department of Vietnam Customs (GDVC).

China, Vietnam’s largest steel provider, exported 4.89 million tons to Vietnam during the period, down 15% year-on-year, while Japan remained at the third place with 1.88 million tons, down 9.2%.

In the January – November period, Vietnam imported a total of 13.36 million tons of steel worth US$8.79 billion, up 7.7% in volume and down 3.4% in value year-on-year, respectively. Meanwhile, the steel exports were estimated at US$3.86 billion, up 4.7% in volume but down 8.3% in value, causing a trade deficit of nearly US$5 billion to Vietnam’s steel sector.

Experts warned that Vietnam should be cautious about a surge in steel imports from India, as the latter is currently in the watchlist for trade protection measures from various countries.

Notably, despite trade protection measures from the Ministry of Industry and Trade (MoIT), Vietnam’s steel imports continue to surge. The MoIT previously decided to extend the validity of anti-dumping duties on cold-rolled stainless steel products originated from China, Indonesia, and Taiwan for another five years, starting from October 26.

A report from the Vietnam Steel Association suggested Vietnam’s steel industry has been at the center of trade probes from other countries following the escalation of the US-China trade war, particularly with growing cases of illegal transshipment of Chinese products via a third country to the US in an attempt to avoid the latter’s import tariffs.

This resulted in a trade surplus of a record high of US$10.94 billion in January – November.

The US remains Vietnam's largest export market. Exports to the US in the first eleven months reached US$55.61 billion, up 28% year-on-year and accounting for 23% of total exports. In contrast to the US, China’s market covers the largest portion of Vietnam’s imports. Imports from this market reached US$68.55 billion, an increase of 15% over the same period last year and making up 29.7% of the total imports. 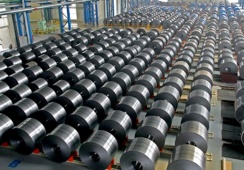 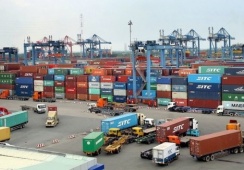