The number of international visitors to Hanoi in 11 months has reached 1.27 million, meeting the full-year target.

In the first eleven months of 2022, about 17 million visitors have chosen Hanoi as their destination, up five times from the same period last year, according to the municipal Tourism Department.

Notably, the total number of international visitors to Hanoi in 11 months has reached 1.27 million, fulfilling the target set for the whole year of 2022.

The result comes from the fact that Hanoi has taken advantage of tourism opportunities such as the 31st SEA Games, organized a series of events to stimulate demand and promote tourism such as the Hanoi Tourism Program to welcome 2022, Hanoi Tourism Gift Festival 2022, Hanoi International Tourism Fair 2022, Hanoi Food and Handicraft Village Tourism Festival, among others.

Director of the municipal Department of Tourism Dang Huong Giang said that Hanoi will take robust measures to boost tourism in December. “The city will hold the Hanoi Ao Dai Festival 2022 and a contest to select Hanoi Tourism Ambassador and another to choose the musical theme of the city's tourism sector. Besides, the city will focus on investing in a number of models of agricultural and rural tourism development in the period of 2022-2025,” she said.

Cooperation with other provinces would also be strengthened to promote package tours to different localities by organizing festivals and events.

“Hanoi will coordinate with other localities to form tourist routes, focusing on key markets in the north, Ho Chi Minh City, and the southern provinces, Central Highlands, to build attractive and professional tours which are imbued with the capital city’s cultural identity and towards international integration,” Giang stressed. 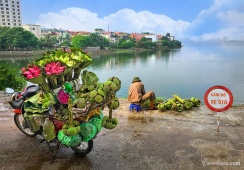 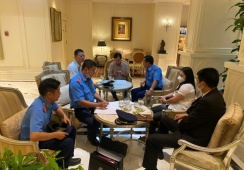