The Hanoitimes - Thang Long – Hanoi in its 1,010th anniversary will continue to be Civilized – Heroic – Peaceful – Hospitable and Creative.

A ceremony was held on October 10 evening to commemorate the 1,010th anniversary of Thang Long - Hanoi (1010-2020) at the Ly Thai To monument, bringing together Party and State leaders, international guests, and Hanoi leaders and people from all strata.

Speaking at the ceremony, Secretary of the municipal Party Committee Vuong Dinh Hue said that the decision by King Ly Thai To in 1010 to relocate the nation capital from Hoa Lu in Ninh Binh province to Hanoi and renamed it Thang Long (Ascending Dragon) opened an era of splendor for the capital Thang Long and the Dai Viet kingdom.

Enduring the upheavals of history, Thang Long – Hanoi has always stood firm and proudly, deserving to be the seat of dynasties, the historical and heroic capital city of the entire nation, Mr. Hue added.

As a matter of fact, the architectural heritage belonging to the Ancient Citadel of Thang Long was recognized by UNESCO as World Cultural Heritage just before the grand celebration of the 1,000th anniversary of Thang Long - Hanoi in 2010. And before the 1,010-year milestone, in 2019, Hanoi was honored by UNESCO as one of 66 "Creative Cities" in the world.

The municipal Party chief stressed that the 1,010th anniversary of Thang Long - Hanoi is a new milestone that opens a bright future for the capital and takes it to a new height and a firmer stature in the light of the Ho Chi Minh era, enabling the capital to continue radiating its pride.

Over the past 10 years, after expanding its administrative boundaries and through the two city Party congresses, the tradition of Civilization, Heroism, Peace and Friendship has always been the spiritual foundation for Hanoi to make any decision regarding its development and the realization of the goal of building a rich, beautiful, civilized and modern capital, all for the development of the nation and for the happiness of people.

Accordingly, the city’s scale and position have been strengthened while the capital’s image and prestige are constantly being improved in the international arena. The capital’s economy continues to grow in a high, fast and sustainable way with the size of the city’s economy in 2020 reaching US$45 billion and per capita income of US$5,420.

The profile of the capital is getting brighter, greener, cleaner. Socio-culture, education - training, healthcare, science and technology have attained many important achievements. In many of those fields, Hanoi has led the nation.

Thang Long - Hanoi commemorates its 1010-year anniversary at a very special moment as the city prepares to hold the 17th City Party Congress for the 2020-2025 term on October 12.

At the ceremony, there was also an art program with the theme “Shining the sacred dragon land”, praising the tradition of Thang Long - Hanoi over 1,000 years of heroic and elegant culture.

The followings are some images at the ceremony: 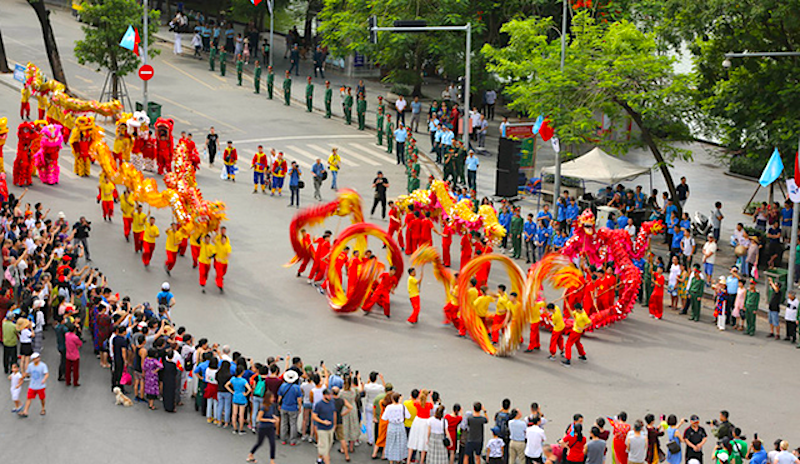 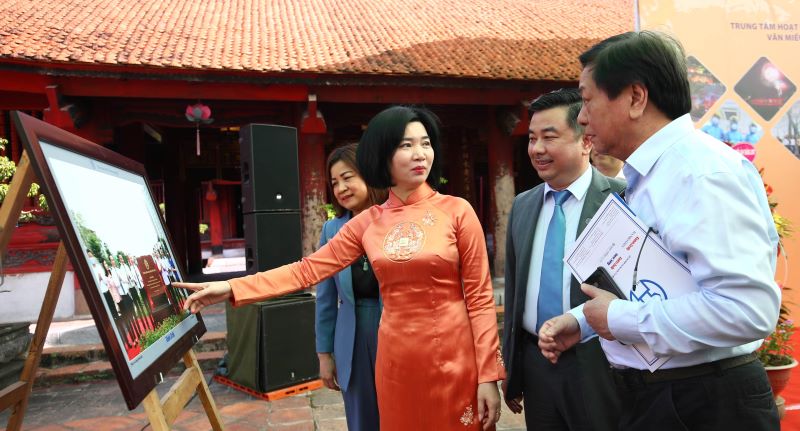 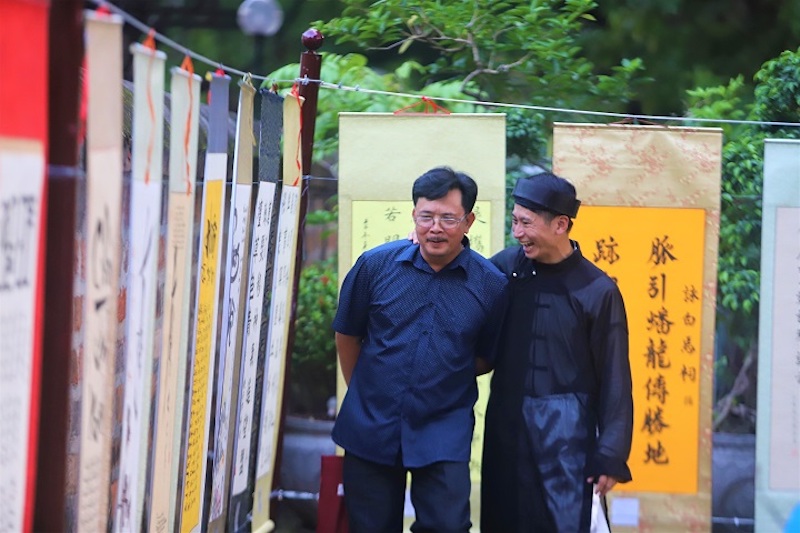