Cuba would supply 10 million doses of its homegrown Abdala Covid-19 vaccine to Vietnam through the end of 2021.

Díaz-Canel also expressed that Cuba is willing to send experts to Vietnam for the technology transfer in the production of the Abdala vaccine.

Developed by the Center for Genetic Engineering and Biotechnology (CIGB) in Havana, Abdala has been rolled out in the government’s vaccination campaign since March though it was on Phase 3 clinical trials. Reports showed that Phase 1 marked the trials on 123 people, Phase 2 was conducted with 660 volunteers, and Phase 3 with more than 48,000 voluntary recipients.

The Caribbean country will increase its production capacity to a maximum of 100 million doses per year to serve Vietnam.

On July 9, Cuba gave emergency approval to Abdala, making it the first Latin American country to develop a Covid-19 vaccine.

Abdala is a so-called protein vaccine. That means it carries a portion of the spike protein that the virus uses to bind to human cells.

Cuba’s Center for State Control of Medicines and Medical Devices (CECMED) said the vaccine has proven to be 92% effective against the coronavirus in clinical trials.

“The CIGB Research Institute has 30 years of experience in vaccine research. I trust the results that have been published. These are serious studies, with the participation of researchers and institutions committed to science," the DW cited Moya.

He was not surprised by the high efficacy of Abdala, saying it was simply the logical consequence of a health care system that had been performing steadily well for decades. “Already, the results published by the scientists beforehand showed a good response in terms of antibody production,” he said.

Abdala together with Soberana 2 that got approval on August 20 are the first vaccines on the island since Cuba declined to import any shots from Russia or China, according to DW, it added that Cuba has also decided against joining the UN-backed COVAX initiative, a global project aimed at getting Covid-19 shots to countries regardless of their wealth.

For Cuban President Miguel Díaz-Canel, the country’s drive to pursue homegrown solutions rather than importing foreign vaccines is a triumph of Cuba’s biotech industry. 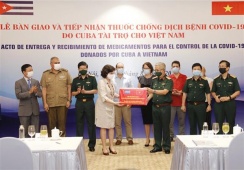 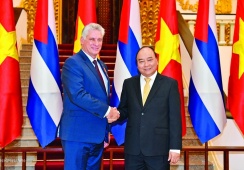 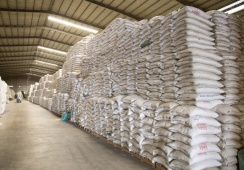